IFPI: Global music listening time up as more than half of UK now accessing a streaming subscription 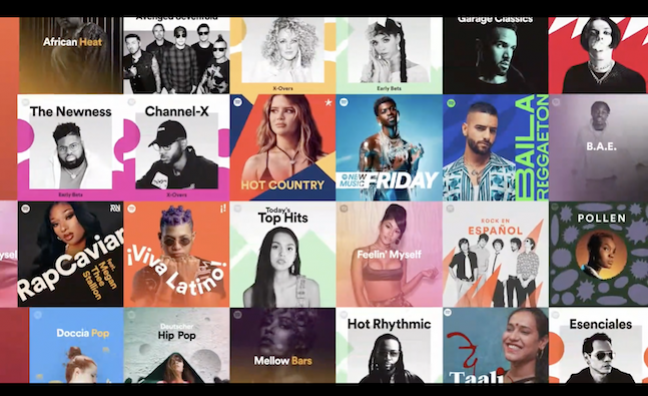 Following the DCMS Committee streaming inquiry follow-up hearing this week, now the IFPI has provided a global snapshot of the global streaming market.

The trade body for the global recorded music industry has issued its wide-ranging Engaging With Music report. The survey fieldwork took place between June and September 2022.

Frances Moore, IFPI chief executive, said: “This year’s Engaging with Music report paints a fascinating picture of how fans around the globe listen and engage with music today. It shows the results of record companies’ partnership with artists and their work to harness new technologies to connect fans with their favourite tracks in even more ways.

“We continue our work to ensure that those seeking to profit from unlicensed and unauthorised music can’t threaten the vibrancy of a music ecosystem that is essential to artists and fans. Engaging with Music 2022 serves as a healthy and celebratory reminder of the true global importance and value of music and the need to protect and support it.”

The scale of artists’ global popularity is, of course, evident on Spotify, which reveals monthly listeners. Taylor Swift is currently in front with 83.2 million.

Here, we take a closer look at the findings of the IFPI report…

In the UK, RAJAR routinely reports listening hours for radio, but that kind of data has not been available for music. As you might expect in the streaming era with ease of access, music listening is increasing - up to 20.1 hours per week this year compared to 18.4 hours a year ago according to IFPI. The difference equates to an additional 34 three-minute songs every week.

According to the survey, 74% of respondents use paid or ad-funded services, 46% listen to music via subscription audio streaming, 50% use short form video apps and 32% have watched a music livestream in the past month. However, 30% admitted using unlicensed or illegal ways to listen to music.

Looking more closely at that music engagement, listening hours from subscription audio streaming on Spotify, Apple Music, Amazon Music, Deezer and other platforms account for 24%. A further 8% is from free, ad-funded streaming. With video streaming on 19%, that’s over half (51%) of listening from some form of streaming. Then there’s social media platforms (5%) and short form video apps such as TikTok (8%) to consider too.

Subscription has been the key driver of the streaming market, a trend which looks set to continue in most major markets, although there have been some signs that the cost of living crisis could have an impact. The Engaging With Music report from IFPI found that there was 10% growth in listening time on paid streaming compared to the prior year.

The top reasons for taking out a subscription are that there were no adverts to interrupt the music, the access to millions of songs and the ability to listen on demand at any time.

The global study found that premium subscription penetration peaked in the 25-34 age group (56%), followed by 16-24 (54%) and 35-44 (44%). For labels and DSPs, the growth potential is among older consumers with just 36% of those aged 45-54 paying for a streaming subscription. For those aged 55-64, the CD may still be their listening format of choice, as barely a quarter (26%) are streaming subscribers. The survey also found that those older listeners favoured radio for music listening more than those under 44.

Physical music has become a good news story for the industry and retailers in recent years, although it remains a minority interest according to IFPI’s study. The survey found that 12% purchased a CD in the previous month and 8% purchased vinyl

There are signs, too, that streaming is complementary to physical music sales. Taylor Swift’s Midnights achieved strong results across both.

In terms of genre, the most popular for physical music buyers are pop, rock, hip-hop, dance and classical/opera. The main reason for purchase was that fans like to physically own their music (49%), followed by having physical records to look at (41%) and the ritual of playing a record (36%).

The health benefits of music have become increasingly apparent, from the rise of licensing for medical services to playlists for fitness apps.

According to the IFPI report, 69% of people say music is important to their mental health - that figure rises to 76% for paid streaming users.

For physical fitness, again, 69% of people say music is important when they exercise. As a soundtrack to a chosen activity, running is top (88%) followed by yoga (83%) and cycling (73%).

Streaming is, of course, part of a wider music ecosystem that is delivering new music and artists to listeners. The survey found that 50% of those aged 16-24 discover a new artist weekly.

The route for discovery is now more varied than ever. For gamers, 44% watched a virtual concert in the last three months. And while TikTok is still one of the newer platforms, already 50% of people surveyed used short form video apps, with 63% reporting that music was central to the time they spent on those platforms.

Broadcast media also retains its power for music, with 58% of people having watched a music-focused TV show or film in the past month.

Overall, people listen to an average of eight genres of music, according to the report.

“Underpinning Engaging With Music 2022 is a theme of expanding choice in the way fans can enjoy the music they love, and its particularly telling that as much as a third of 16-24 UK respondents say they discover a new music artist at least weekly," said a BPI spokesperson. "Among the other fascinating insights is that the UK, at 52%, has the world’s second-highest engagement with paid subscription services, while music is also driving radio's continued popularity, with as many as 79% of UK respondents saying they listen to radio mainly for the music – including more than half of 16-24 year-olds. Perhaps most significant of all, and contrary to some perceptions, is that the time spent listening to music each week is actually on the rise - at 20.1 hours.”

The survey additionally covered China, India, Indonesia and Nigeria, which each had their own studies in the report. The 22 countries surveyed accounted for 89% of global recorded music market revenues in 2021.