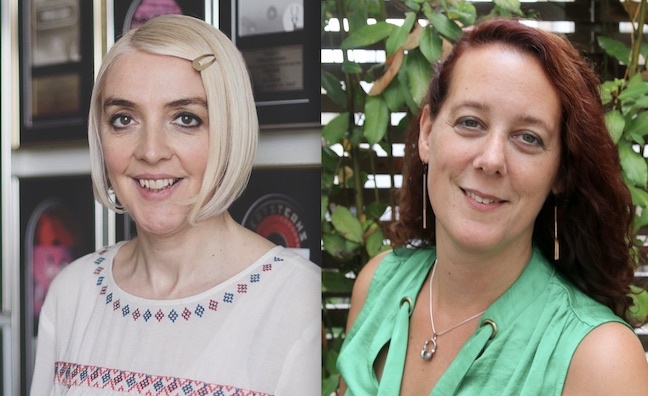 The Competition & Markets Authority has formally launched its investigation into the UK streaming market.

While the BPI has focused on growing the streaming market, the independent sector will see an opportunity to shift the balance between itself and the majors.

The scope of the investigation includes the whole recorded music market, including the question of whether the majors dominate the market (as raised by the DCMS Committee report).

But the indies are also benefiting from the streaming economy.

Speaking to Music Week ahead of the CMA call for submissions, IMPALA executive chair Helen Smith (pictured, left) and AIM COO Gee Davy (right) both revealed their hopes for the investigation.

“There is a significant concentration of wealth currently in the UK’s music market,” said Gee Davy. “For this and other reasons, AIM has welcomed the CMA’s investigations into the functioning of the music market. It is particularly important to be vigilant as there is such a yawning disparity between the largest of the smaller companies, at under 5% market share, and the smallest of the three majors, at around 15%, which could suggest barriers to scaling up.

“Regulators are one tool in the armoury to protect an open and diverse market, ensuring artists have choices in how their music gets to market and in forging sustainable careers. Trade associations like AIM and collective solutions like Merlin can also help in promoting best practice, supporting smaller players and in rebalancing inequities. One trend for which all of us should be vigilant is the current influx of investment focused purely on catalogue, with profits flowing back to investors rather than supporting new music and new entrepreneurs.”

Asked about any reforms she expects to see resulting from the investigation, Helen Smith said: “It depends what the conclusions are. It's always difficult to expect bigger players to embrace change when they benefit from the status quo, but ultimately it would create a healthier market which is in everyone’s interests, so we would be hopeful reform would be accepted if the CMA’s conclusions are backed by the government and enforced.”

The majors might well point to the success of the independent sector in the streaming economy. Measured according to album equivalent sales (AES) by the Official Charts Company, indie labels’ share of music consumption rose to 26% in 2020, marking a third successive year of growth.

The data also revealed that independent businesses’ share of streaming equivalent albums (SEA) has grown in each of the past five years. But ERA figures showed that the major labels still accounted for 76% of total streams (by volume) in 2020

Key questions in the CMA statement include what scope is there for smaller recorded music companies to compete with the major music groups.

The CMA also raises the issue of equity cross-holdings between music companies and streaming services, as well as “softer forms of influence or control” that labels and DSPs may have over each other (such as back catalogue rights, playlists and recommendations).

“With pressures on all sides, the majors must evolve, one way or another, in order to stay relevant and competitive,” said Davy. “They will have to choose whether to instigate that evolution and have some control over the direction and narrative, or be a recipient. We have seen a resurgence of interest in legislative change in the area of copyright and technology around the world.

“The recent streaming debates within the industry, which were one driver towards the CMA investigations into the music market and streaming platforms, have shown that artists and smaller players are capable of making themselves heard by those in power.”

“I was pleased to see the news of Sony writing off of the unrecouped balances of some of its long-standing artists, following in the footsteps of the independents’ Fair Digital Deals Declaration, and I encourage more self-imposed initiatives like this,” she added.

IMPALA’s Helen Smith emphasised the role of the independent sector in providing the platforms with music in partnership with licensing agency Merlin.

“Independents represent 80% of new releases,” she said. “This is something that matters a lot. No service can afford to be without those vital new releases so that makes us material. We also need to stick together as a sector, and make it easier for services to conclude licences. Merlin is the key!”

The CMA investigation has been welcomed by the BPI, FAC and MMF.

Submissions to the CMA are due by February 17.