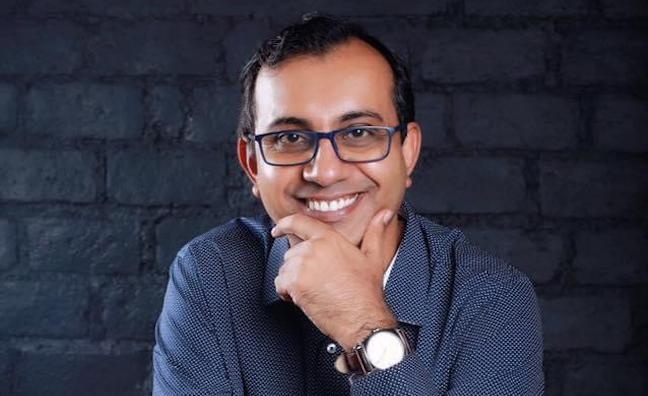 Ingrooves Music Group has signed global deals with two music stars in India as it launches in the territory.

Ingrooves will release the future output from actor, producer, composer and singer Himesh Reshammiya as well as that of artists on his label, Himesh Reshammiya Melodies. Additionally, Ingrooves has also signed Yo Yo Honey Singh to a global distribution deal.

These deals were forged by industry veteran Amit Sharma, who has been named as Ingrooves country manager, India.

"We are celebrating our entrance into the Indian music market with the signing of two amazing artists - Himesh Reshammiya and Yo Yo Honey Singh - and we couldn't be happier," said Bob Roback, CEO of Ingrooves Music Group. "Amit is a highly respected music executive in India, with a deep understanding of the independent music industry and is already playing a key role in the market, as we look to work with the best independent labels and artists in India."

Sharma joins Ingrooves from Gaana, one of India’s major domestic commercial music streaming services, with over 200 million monthly users, where he served as assistant vice president of content acquisitions. Previously he worked as head of music and telecom at Eros and held positions at various Indian telecom companies, including Idea Cellular and Airtel.

"The independent music market in India is more vibrant and important than ever with an incredible amount of creativity and true artistry being developed here," said Sharma, who’s based in Mumbai. "Ingrooves has a reputation as a global leader in marketing and distribution technology, and that's something that really resonates with artists and labels here in India. We have already signed many deals with artists that reflect our music culture. These signings are an indication that Ingrooves is already a new important player in this market."

"As part of the global Universal Music family, we welcome Ingrooves into the Indian music ecosystem," said Devraj Sanyal, Universal Music Group, managing director and CEO, India and South Asia. "The time is right for Ingrooves to create a strong local presence, utilising their unique and unrivalled technology and services to benefit the independent artist community.

“Amit has already made an impact locally with the calibre of his early signings and will work closely with Ingrooves global teams to help elevate Indian artists and talent, both locally and internationally as he works to leverage Ingrooves' global network and unparalleled artist services.”