'It's a mess': MPs debate Brexit at lively Indie-Con panel 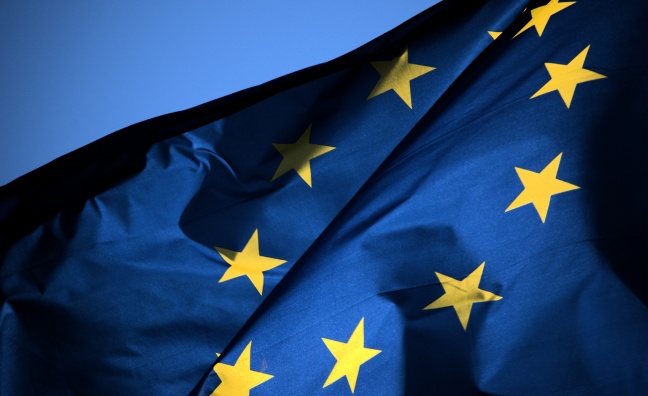 The upstairs room at Glaziers Hall is strewn with leather jackets and teacups. As well as being an advert for imagery favoured in the lyrics of Pete Doherty, it’s clear evidence that AIM’s Indie-Con has taken over the building.

The sky is darkening over the Thames outside, and after a day debating labels, A&R, fanbases, radio, streaming and more; it’s time for Brexit to take centre stage. In many ways, this is the issue affecting the music industry that those working in it have the least control over.

An air of black humour hangs over the discussion from the start, as UK Music chief and Music Week coverstar Michael Dugher says, “We’re in the much sought after final session slot!”

It’s a deadpan opener, and the chair’s intermittent asides are heavy with similar humour throughout, not that there’s much for the assembled execs to smile about.

After Dugher outlines UK Music’s three key issues around Brexit – freedom of movement, protection of rightsholders and future trade deals – he invites the panel surrounding him to hold court one by one.

First up is Labour MP and Brexit Committee chair Hilary Benn, who doesn’t mince his words. “I would describe it as a mess,” he begins, before picking apart the issues of data transfer, copyright and the digital single market. Benn advocates a period of “transition” to “give the government time” to settle upon an exit strategy that will suit the country.

He cites the music industry as a “perfect example” of Britain’s diverse and international workforce, and says Brexit stands to affect the biz because it brings up “views and concerns particularly about people”. His closing remark is crystal clear: “I wish I could be more certain, but I can’t.”

It hangs in the air before another gag from Dugher: “We’re cheering everyone up!”

Next to speak is Labour MP Kevin Brennan, whose badge incorrectly brands him a Conservative. He nails the core of one of the indie sector’s biggest Brexit concerns, speaking passionately about how touring isn’t all about huge buses, roadies and crews, but jobbing musicians who travel as cheaply as possible to play small gigs across Europe. “Any kind of barrier to those musicians is a huge, huge problem,” he says.

Nigel Huddleston, attending in place of his fellow DCMS Select Committee member Nigel Adams, paints a rosier picture, playing on Britain’s status as “a leader”. He’s optimistic we’ll reach a “positive outcome” around issues of intellectual property and data, and believes “the UK music business will continue to thrive post-EU, due to your creativity”. He aims the final words at the faces before him.

Most expressions in the room are perplexed, and that feeling deepens as we hear from Rosie Millard, Deputy Chief Executive of the Creative Industries Federation.

Millard, also chair of Hull City of Culture, pours forth about the international flavour of the benefits the Yorkshire town has enjoyed, emphasising the creative industries to make her point. As Millard explains, an estimated 3.5 million people visited Hull during 2018.

Millard, who was appointed OBE for her services to the city, uses John Grant’s North Atlantic Flux event and BBC Radio 1’s Big Weekend to colour her arguments about Hull’s enrichment. She’s concerned young British artists will be encouraged to leave the country altogether when Brexit finally happens. “Our cultural profile is under threat,” she says.

Suddenly, a question from the floor regarding of cross-party interaction on Brexit and the fairness of the “hard Brexit” Conservative party steering the negotiations turns things around somewhat. In the end, the room seems to settle on a hopeful conclusion based around the notion that, come October, Parliament could step in if it’s not satisfied with Britian’s Brexit strategy.

“There isn’t a majority in parliament for a hard, bad Brexit,” says Benn. “I hope it’ll be so weak that it won’t even be a Brexit,” offers Millard. So perhaps there is a little optimism to be had, after all.

It’s left to Dugher to round things up. While the government may be “none the wiser,” he says, quoting Benn’s closing remarks, he hopes the independent music sector has learned something this afternoon.