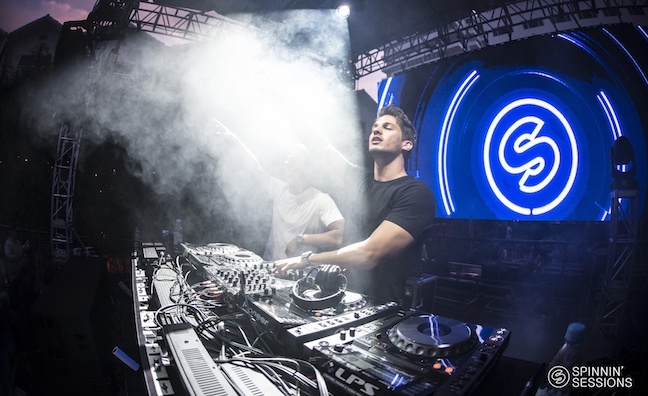 The Amsterdam Dance Event launches today (October 18) in the Dutch capital and will be taking over the city’s clubs over the next five days. Dutch label Spinnin’ Records will have a major presence at the festival and conference. Ahead of this year’s ADE, Music Week caught up with co-founder and CEO Roger de Graaf to talk dance music and life under Warner Music Group.

How important is Amsterdam Dance Event to your sector?

Every DJ, artist, manager and label who has something to do with dance music will be there. It’s a big conference, maybe one of the biggest in the world now for dance music. We are hosting three events in Amsterdam: we take over a club and call it Club Spinnin’. Spinnin’ Next will show the new artists, Spinnin’ Sessions will have the key artists, and Spinnin’ Deep will showcase artists with a deeper sound.

What’s been going on since the Warner acquisition last month?

We work as an independent – we keep the flexibility and culture of an indie combined with the possibilities and power of a major. We will have opportunities like global marketing and global promotion, but also have more possibilities for local marketing and local radio promotion in some of the key territories around the world. We will grow further as we bring in new opportunities for artists and focus on digital innovation.

Are you hoping Spinnin’ Artists can collaborate with Warner acts?

That’s our goal. We can hopefully connect with artists within the Warner labels. We can still do what we’ve been doing but with the help of these global networks, they can potentially bring in featured artists. They have great artists – if they can feature on our records we can develop quickly.

How important is the UK for Spinnin’?

The UK is always important because it’s always a great hook for the rest of the world if you have a hit there – you’ve proven something. It’s not easy because there’s quite a difference in the dance industry between what’s happening in the US, in the UK and in Europe.

How dominant is EDM?

On the festival scene, the main stage DJs are playing a lot of big EDM records and I think it will continue for months and years because the audience wants to dance.

Who are the key acts for Spinnin’?

Kriss Kross Amsterdam have the potential to go global with the help of the Warner system. They had a hit with Sex and Are You Sure featuring Ty Dolla Sign and Conor Maynard. Alok is a good example for what’s happening with Warner and Spinnin’ working together. They had over 3 million streams in one week. Sam Feldt has a lot of potential, Lukas & Steve have a really strong base in Benelux. We have new artists including Afro Bros and Mike Williams. Throttle is an interesting artist as well. The release schedule is very full.

How has Spinnin’ adapted to streaming?

It’s an amazing new world where territories like Asia and Latin American become very serious streaming markets. You can really push records worldwide. It’s a great business model for the music industry. Kriss Cross Amsterdam is an example of a record that’s been built by Dutch success and success in the Nordics. Alok’s Hear Me Now has been built from Brazil – he’s the No.1 DJ in Brazil. For Hear Me Now, it really connected to the audience; a lot of people really liked the record and put it in their playlists. It started to build and I think it’s now over 250 million on streaming.

Martin Garrix has left the label following a legal battle, and other artists followed. Have things settled down since the Warner deal?

When you work with artists for a long period, sometimes things work and sometimes they don’t work. The more successful we are in the future, then it will be easier to keep artists in a collaboration with Warner because we can offer them more. It’s also not that every act that’s leaving Spinnin’ is the choice of the artist. Sometimes it works and you have the same vision, and sometimes artists have a different feeling about things. That’s how life goes.