'It's the hope that kills you': Fierce Panda boss Simon Williams on 25 years at the indie label coalface 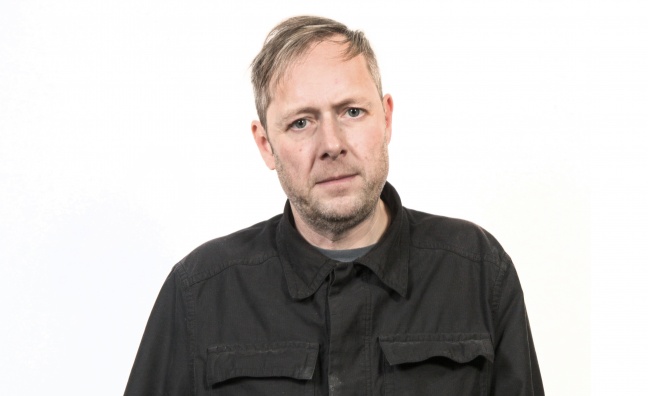 A quarter of a century ago, three NME journalists hatched a plan in a pub to celebrate the nascent New Wave Of New Wave scene with a one-off EP.

The journalists were John Harris, Paul Moody and Simon Williams. The pub was the Blue Posts on Tottenham Court Road in London. The EP featured S*M*A*S*H and These Animal Men and was called Shagging In The Streets. And the record label was called Fierce Panda (“Because we like pandas and they’re not fierce and it doesn’t matter… It wasn’t destined to be any kind of career”).

Twenty five years later, the pub has been knocked down, the NWONW and its bands are a footnote in rock history, and Harris and Moody have moved on. Even the NME has ceased production of its iconic print edition and been sold on to new owners. But Fierce Panda survives under the watchful eye of Williams, who has forged a reputation as the ultimate indie talent-spotter.

The likes of Supergrass, Ash, The Bluetones, Placebo, Embrace, Three Colours Red, Idlewild, Kenickie, Scarfo, Keane and The Maccabees all released early singles on the label, while their release of an early, riotous Oasis interview, under the puntastic title of Wibbling Rivalry, even became the highest-charting spoken word single of all time at No.52.

Over the years, the label has expanded into releasing albums, the odd tie-up with bigger labels and longer-term deals. Coldplay even came perilously close to signing to the label full-time (in last week’s Music Week Aftershow, Williams told how Chris Martin and co drove all the way across London to apologise for not signing to Fierce Panda).

Throughout it all, however, Williams has stayed true to his maverick indie roots, creating a unique independent force that still thrives today with releases from the likes of Desperate Journalist, China Bears and VC Pines.

And so, as the label prepares to celebrate its 25th birthday with a 20th anniversary re-release of Coldplay’s 1999 Brothers & Sisters single on coloured 7” vinyl, Williams sat down with Music Week to talk the changing face of indie labels, missing out on Top 40 glory and why Chris Martin was “an absolute pain in the arse”. In a good way, of course…

Did you expect Fierce Panda to last 25 years?

“We didn’t think it was going to last 25 days! That was the whole point. It was just a bunch of drunk idiots saying, ‘We need to pay tribute to the NWONW’ which was a scene we’d completely concocted ourselves, in the same pub! It was a genuinely ill-conceived idea. We were going to pay tribute to that scene and then there would be nothing else. But we’ve kept going non-stop in all that time, without a single moment when there hasn’t been something on the release schedule. That shows how great the music industry is, because there’s always something there.”

Is it easier or harder to be an indie label now compared to 25 years ago?

“It’s probably about five million times harder now. Partly because of the nature of the market, and partly because of the way Fierce Panda behaves. Back then it was a very simple formula: put out 1,000 7” singles on Fierce Panda, Che, Chemikal Underground or Damaged Goods. Sell out the Bull & Gate or Dublin Castle or The Falcon and get about five or six plays on the Evening Session. If you didn’t get a major deal, or at least a bit of a chase going on off the back of that then you either weren’t very good or your manager was even worse than you were as a band. None of those things work anymore. It’s the confusion that hurts people. I can deal with logic, no matter how mad that logic is. But when it gets to stuff like Spotify, I don’t understand how that works. And what you don’t understand scares you!”

Is it still possible to get on bands as early as Fierce Panda did in the early days?

“Well, it can still be done, but it needs the majors to fix it. A&R people are doing it for the right reasons, but bands are being signed too early. The majors aren’t built to sign bands that early. And what we’re finding more and more now is, even Fierce Panda isn’t built to sign bands that early! Bands are going to the market place so early now. When we started putting out records, it was an absolute mystery to us, never mind bands: how do you make a 7” single, what’s distribution, how does that work? Now, with AWAL and things like that, it’s so artist-friendly it makes things easy for them. Sometimes I’m thinking, ‘Are we peaking too early here?’ but so many times we’re chasing the band and trying to haul them back. ‘What are your plans?’ ‘We’re putting out an EP next week.’ ‘OK, how many gigs have you got?’ ‘We’ve only done two.’ Bands are putting out more songs than they’ve played gigs and that’s never worked in the music industry. You play gigs and become brilliant and then you release some music. Now it’s the absolute other way round. Fierce Panda has got a reputation for breaking bands but really the major labels broke those bands. We didn’t break Coldplay or Keane, we were just part of that story and we helped in our own little way. Coldplay were only with us for six months and we’ve been going for 25 years, so it’s not a huge amount of time.”

“We got to No.41 with Art Brut’s Emily Kane, we missed the chart by two sales. We’d been Top 40 all week but I’d gone to Cornwall on holiday, Bedruthan Steps. I don’t know if you’ve ever been there, it’s absolutely lovely but it’s nowhere near any fucking chart return shops! I was stuck there. I remember listening to the chart rundown saying, 'OK, we’re not No.40, we’re not No.39'. I was still hopeful round about 26 and then I knew it wasn’t going to happen. The nearest shop would have been Exeter, probably. But even if I’d driven there and bought 10 copies, which they probably wouldn’t have had anyway, whoever else was vying with us would have gone and bought 10 copies in London. It’s the hope that kills you, that’s the thing. With a lot of indie labels it’s that attempt to have success that destroys them, because they spend fortunes.”

Does streaming work for a label like Fierce Panda?

“Some things do well, some don’t. We’re still trying to work out what Spotify want. And I’m not quite sure that they know what they want! What’s weird about streaming is, we’re used to things feeding off each other. If you were in the NME there was a very close relationship with radio, whether it was the Evening Session or Xfm. But the streaming services operate in another way. VC Pines is a blatantly obvious 6 Music track, the blogs love it and live it’s brilliant. But the algorithms are absolutely fucked because it’s weird. Yeah, but is it good? And by the time you play it to an A&R person, they’re saying, 'It’s marvellous but the algorithms are absolutely screwed'. And you’re going, ‘What does that mean? Does that mean it might take five years to sell any records or it has to change into Lewis Capaldi next week?’”

Is it much harder work to be a band nowadays?

“Idles say that, if you make music, for Christ’s sake don’t look at it as a career, it’s fun. Eventually, it’s so much fun it becomes a career – but you won’t know that until you’ve been on the road for a year and say, ‘When was the last time I went home and when was the last time I did a proper day’s work in a proper job?’ And that’s what we try to instill in all our new acts coming through. Not a mad work ethic – I mean I love Mega City Four as much as the next man, but it’s just understanding. One of the greatest stories about Coldplay is that everyone thought Chris Martin was an absolute pain in the arse. He was a lovely fella but at UCL, he just badgered people about his fucking band. ‘Come to my gig, come to my gig, here’s a flyer, here’s another flyer’. And then people went to his gig and they were really good! But you can’t do that now, the flyering thing’s gone. So what’s the equivalent, a couple of tweets and Facebook posts? You can’t do 100 Facebook posts, you’ll mess up the algorithm and people will get bored.”

What’s been the biggest mistake you’ve made over the 25 years?

“I don’t really think of anything as a mistake. You go on the basis that everything you do is a series of tiny little catastrophes, offset by the odd A&R adrenalin rush, which makes it all alright. It’s the only way you can look at it. Talk to any A&R person. Gallows is a great example; that [signing, to Warner Bros in 2009] was a huge catastrophe, it cost a huge amount of money, all the labels tried to outbid each other. Talk to an A&R person now and say, ‘You dodged a bullet there’ and they’ll say, ‘No, I wanted it, I would have paid that money, it was the new Nirvana, I would have made it work’. None of them are like, ‘Thank Christ for that’. I haven’t quite got that bravado, but there’s an element of it.”

So, has it all been worth it?

“I didn’t start until I was 28, by which time I’d done a fanzine, NME, worked at XFM, put on gigs… Putting out records was just an extension of my lifestyle, which is going to gigs and getting drunk. It wasn’t a massive game-changer and, considering the NME back then was all, ‘Who wants to go to Japan and interview The Bluetones or Australia and do Garbage?’, Fierce Panda is the least glamorous thing I’ve ever done, probably. But, at the same time, you get totally addicted to it.”

* To read Simon Williams take on The Aftershow, complete with tales of Coldplay, Oasis and The Kray Twins, click here. To subscribe to Music Week and never miss a vital music biz story, click here.