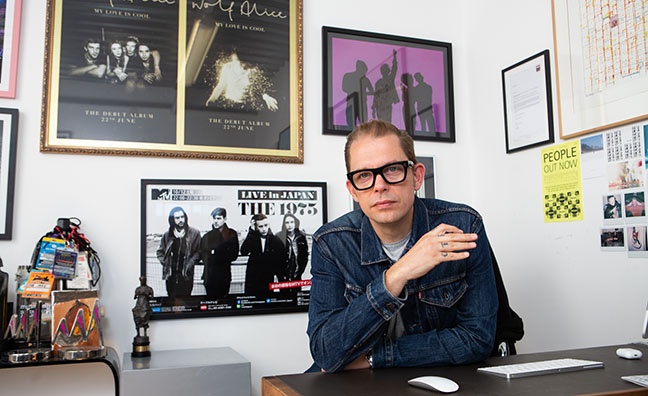 It’s a busy time for Dirty Hit, with Beabadoobee’s second album Beatopia pushing for a Top 3 finish this week and new records from Pale Waves and The 1975 coming up. Oborne spoke to Music Week for our recent Beabadoobee cover feature, alongside the singer and agent Matt Bates of ICM Partners.

Since Dirty Hit signed Beabadoobee, who Oborne also manages alongside Chris Melian, he said that he and the team have strived to give the singer (real name Bea Laus) the space to be herself.

“Bea is such a beautiful human,” Oborne said. “When I first met her I was struck by how pure and unaffected her desire to be an artist was. And, as the years have gone by, we’ve tried to facilitate the notion of her being able to follow a creative path without trying to colour it too much.”

Oborne said that the team has “stuck to what we felt on day one”.

“Obviously we guide her and we help her and we put her in situations that will help her achieve her high potential, but we have always shared the belief that she was kind of perfect and we just needed to keep other people’s opinions away from her,” he said. 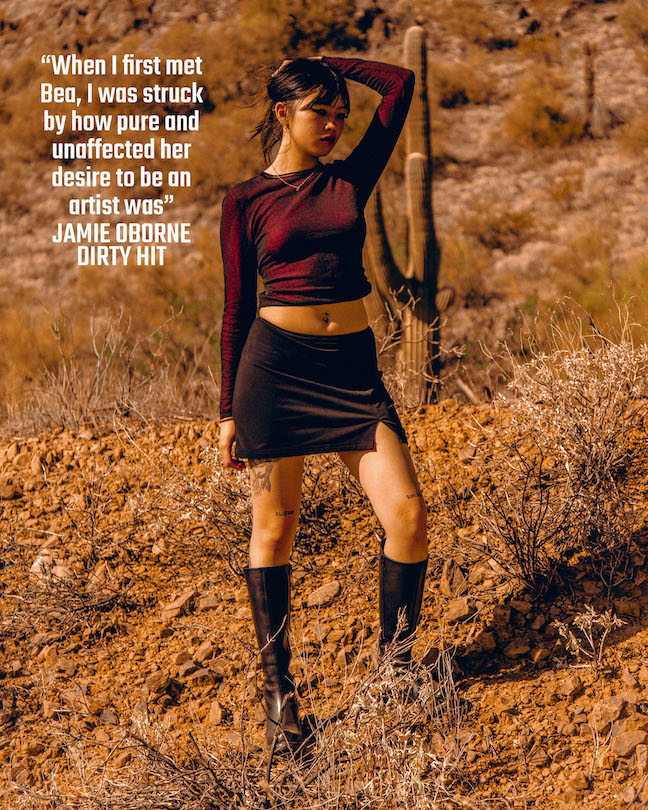 Oborne praised A&R Chris Fraser and head of streaming Perdi Higgs for their role in the campaign and said that DSPs are inclined to support Beabadoobee “because they are staffed with real music fans who connect with what she’s doing”. Dirty Hit released multiple vinyl, CD and cassette versions of Beatopia and Oborne said that physical product is “important for identity building”.

“I think there’s commercial potential there,” he said. “But I’m always more interested in an artist’s cultural potential. What can they do that will really affect the culture and stand the test of time? In my opinion, especially for alternative artists, the more cultural impact they have the better the sales will be. So that’s always the pursuit.”

Expanding on his point, the label boss said that he would never expect one artist to be as big as another.

“I would never put pressure on an artist and say that I expect them to be as big as Artist X,” he said. “That’s not how we operate and, in my opinion, any label that says they know how to create that is talking utter shit, to be quite honest. Maybe I’m an idealist.”

Beabadoobee experienced viral success when ??Canadian rapper Powfu took a few lines from Coffee for his 2020 track Death Bed (Coffee For Your Head), but Oborne said that the team has moved far beyond that moment.

“I would like it to move forward from the last record,” Oborne explained. “It already has creatively, I feel that it’s going to do that commercially. And in the live arena I would like it to grow her as a touring artist which, again, feels like it is happening. I think the key thing for us is to continue growing the audience and to build something with a solid foundation, rather than something that’s based on an airplay hit or a TikTok moment. We don’t really sit around in our marketing meetings praying for viral moments, that’s not really having a plan.”

Finally, Oborne spoke of the creative partnership between Laus and her guitarist Jacob Bugden, who collaborated across Beatopia, which saw the artist record in a studio environment for the first time.

“We sent Bea to a residential studio in Oxfordshire, one of the few places that was open during lockdown, and she came back full of ideas and possibilities,” he said. “It’s the biggest victory for me to see any Dirty Hit artist developing and this is a real creative evolution and certainly the thing I’m most proud of.”