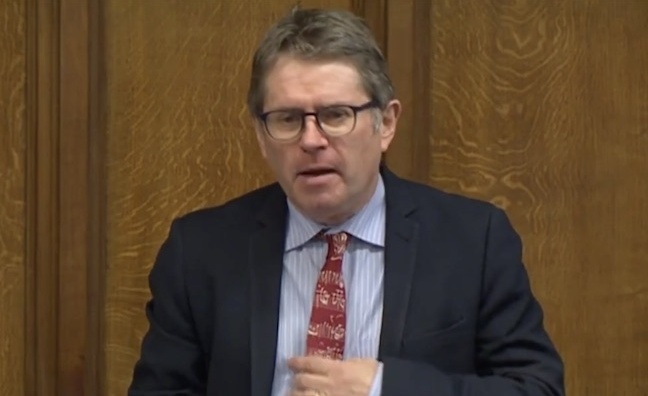 Kevin Brennan MP introduced his much-trailed Private Member’s Bill on proposed reforms to musicians’ remuneration in the House Of Commons.

The second reading of Brennan’s music streaming Bill took place on Friday (December 3) with a debate among MPs. However, the Bill was not passed and is unlikely to make further progress.

UK label bodies AIM and the BPI warned against the proposals, including a move to the equitable remuneration model for artist royalties from streaming and the right for contracts to be revoked after 20 years.

Geoff Taylor, CEO BPI & BRIT Awards, said: “As many contributions to the debate in Parliament made clear, Mr Brennan’s Bill, though well-intentioned, is not the right way forward for British music. The UK’s record labels – including hundreds of independents around the country – are committed to supporting their artists’ creative vision and building their global audience, so that many more reap the benefits of streaming success. The Bill’s proposals would undermine the essential investment that labels provide, harming new talent and future artists and the long term competitiveness of British music.

“We have listened to the arguments made across the debate and will engage positively and proactively with the process government has put in place to look for joint solutions to ensure the streaming market continues to grow and sustain the careers of many more artists.”

Supporters of the Bill, including the Musicians’ Union, pledged to continue their campaign on streaming reform.

The #BrennanBill didn't pass today but the campaign to #FixStreaming continues. The MU will keep making the case to Government, and working with @IvorsAcademy and @MrTomGray #BrokenRecord to keep the pressure up. Look out for more actions very soon! Together we can #FixStreaming.

“My interest here is not to pursue a party political battle but to work across the House and across the sector with anyone who really is interested in achieving better remuneration for musicians and songwriters and composers in this new exciting era of music streaming,” Kevin Brennan told MPs.

Following the debate, Brennan commented: “Although the government has chosen not to back my Bill today which would bring copyright law up to date and reform music streaming to the benefit of UK musicians, I am pleased that it has not ruled out legislation and is committed to a programme of research into the issues raised. Equitable remuneration for performers is already in effect, or currently being implemented, in territories across Europe, while British creators continue to struggle financially. I will continue to push for legislative solutions to make sure that music makers in the UK receive a fairer share of streaming revenues, helping to make the UK the best place in the world to be a musician. I believe that reform is coming even if we may have to wait a little longer than hoped.”

Horace Trubridge, general secretary of the Musicians’ Union, said: “We're immensely grateful to Kevin Brennan and all the MPs, musicians, songwriters, composers, session players and featured artists who have supported the call to fix streaming. The debate in Parliament demonstrated that support for fixing streaming  bridges party divides, and in his speech the Minister made it clear that Government is open to working with us to make the UK the best place in the world to be a music maker.

“It's by no means the end of the Fix Streaming campaign. Musicians' Union members along with The Ivors Academy and #BrokenRecord have won a Select Committee inquiry and a referral to the Competition and Markets Authority so far. We look forward to taking an active role in ongoing work led by the IPO which could address issues such as the lack of transparency and fair remuneration in music streaming. We will continue to put pressure on the government and music industry to make the streaming system fairer and put the value of music back where it belongs - in our members' hands.”

Naomi Pohl, deputy general secretary of the Musicians’ Union, said: “We are heartened by the support we’ve received from many MPs across the political spectrum, and the level of engagement from the Minister. Although the Brennan Bill did not pass today, the door has been left open to legislation in the future if other solutions cannot be found.

“We are grateful for the government’s positive engagement with the DCMS Select Committee inquiry into streaming, its response to their recommendations, and the commitment made to investigate competition issues in music. We look forward to playing an active role and ensuring the voices of our members are heard in this process. We will keep fighting the good fight, keep the pressure on Government, and are determined to resolve the many issues with the current economics of music streaming.”

Graham Davies, CEO of The Ivors Academy, said: “Today’s debate of the Brennan Bill is a landmark moment on the path to the inevitable modernisation of the music industry. The Government accepted that reform must take place to level-up payments for music makers. It is not a matter of if this reform happens but how.

"For the UK to be the best place in the world to create music we need to strike a new balance of power between those who innovate and those who invest in music. We take forward Kevin Brennan’s work and his call on the Government to establish equity in the UK.”

Annabella Coldrick, chief executive, Music Managers Forum & David Martin, CEO, Featured Artists Coalition, said: "Kevin Brennan MP has done a fantastic job of highlighting endemic market failures in the recorded music business. Despite his Bill falling at this hurdle, the trajectory towards reform, and the eradication of outdated industry practices, now feels unstoppable - especially now there is public backing for change from the Minister for Science, Research and Innovation. The government has delivered a very clear message to major labels, publishers and collecting societies: if you don't deliver change, then legislation cannot be ruled out. To these ends, a number of initiatives and forums are already underway, all with the goal of ensuring artists, songwriters, producers and musicians can benefit fairly from the growth in music streaming and any new technologies to come."