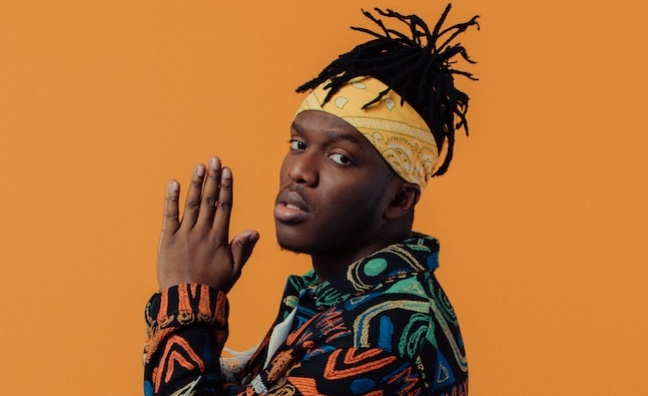 Gemma Reilly-Hammond, BMG UK co-head and vice president of marketing, has told Music Week that she never had any doubt about KSI’s breakthrough.

The UK rap star has just achieved his second gold album with All Over The Place, released in July 2021. BMG worked closely with KSI’s manager Mams Taylor, owner of Proper Loud Music, to build on the success of debut album Dissimulation.

“That's what's so great about it really, he has become a career artist,” said Reilly-Hammond. “That was always something that we were striving to achieve with him. It's just been very consistent - there has been a consistent flow of good music, great collaborations and constant work really. And the relationship that was built between BMG, the artist and his manager, Mams, has been brilliant, a really enjoyable experience.

“We got into a really good stride with it, and they kept delivering great music and great features. One of the most satisfying things was the release of Holiday, which was his first solo single [without features] that we've done with him, and it was so phenomenally successful. I think that really did cement the perception of him as a bonafide artist.”

The YouTuber first made an impact with his debut album Dissimulation, which landed at No.2 in May 2020. It went on to become the biggest debut album of the year and has sales to date of 104,786 (including 95,132 from streams), according to the Official Charts Company.

Following the debut, KSI had a run of hit singles and his first No.1 album with the follow-up, All Over The Place.

KSI’s All Over The Place is the latest to go gold this month. Since debuting at the summit in July 2021, it has amassed sales of 101,607 (including 74,031 from streams), according to the Official Charts Company. It finished last year at No.46 in the overall album sales.

The success of the campaign has resulted in a double BRITs nomination for KSI after he was surprisingly left out last year (a feature on Nathan Dawe’s Lighter was not officially a 2021 BRITs nod, although featured artists are recognised in the new Song Of The Year category for 2022). KSI is up for Song Of The Year for Holiday and Anne-Marie collaboration Don’t Play - the only UK act to be nominated twice in the category.

“I'm thrilled for him and I'm thrilled for Mams as well,” said Gemma Reilly-Hammond. “There’s been a lot of hard work - Don’t Play was No.2, Patience [with Yungblud] was No.3, Holiday was No.2. The BRITs nods were another milestone - he was very happy, as were we. We were really disappointed not to have any last year.”

“There’s a real scope now for him to broaden out into lots of different areas,” said Reilly-Hammond. “He's proven he can do lots of different things very successfully, from singing, to rapping, to featuring on someone else's song.”

KSI appeared on the cover of Music Week in May 2020 ahead of his debut Dissimulation, at a time when there were still plenty of doubters in the industry following his signing to BMG.

“We always felt that he had that audience there,” said Reilly-Hammond. “I think it's always a really good place to start when you're looking at signing an artist. He had such a huge [online] audience and a really good demographic. He had shown that he could put his hand to lots of different things very successfully.

“I never had any doubt about it. It wasn't easy at all. But with that size of audience, and with the talent and determination that he had - and he has got a great manager - I always felt optimistic that we'd get there.”

KSI’s campaign faced the challenge of the pandemic at a time when new artists were struggling without live and media opportunities. There were also questions from some quarters about whether KSI could sustain a career in music.

“We had a couple of obstacles to clear along the way but we got over them, and I think we moved forward positively,” said Reilly-Hammond. “Sometimes when there has been a slight doubt, and you've worked through that and kept going, you probably have a more ingrained loyalty from the people that were doubters from the start.

“But I've seen it build and I do feel he's got a very firm foundation around him. The results are so great as a result of us having to battle a bit.”

When he signed to BMG, KSI had a huge online presence, which now stands at 23.6 million YouTube subscribers and 10.9m Instagram followers. He has since successfully built an audience on TikTok, where he has 8.5m followers.

“He's so good at understanding each platform and what's required to make it work,” said Reilly-Hammond. “He doesn't just have a one-size-fits all approach to things. He wants to do everything in the right way to the best of his ability. TikTok has been immensely supportive as well.

“We've had a really good run with lots of digital partnerships - the partnership with Roblox was another great launch event. Everything he does is unprecedented in terms of the surge of interest. We've had some really strong digital activations that have worked for him."

Physical sales are a bigger proportion (24%) of the total volume for All Over The Place compared to the digital-focused debut, which indicates a growing and loyal fanbase for KSI.

“He has grown those dramatically,” said Reilly-Hammond. “On the first album, it felt like he was a streaming artist. But when you explored the magnitude of him as an artist, and the media support we were getting, it was clear that there was a demand in the market for some physical formats. We discussed it with the sales team, we went for it and it really worked.”

Following a period when touring was largely unavailable to artists, KSI has already established himself as an arena act with an upcoming SSE Wembley date (February 25). He did perform at Reading & Leeds Festival last summer.

“He's only really just been able to go out and tour, he's never really had the opportunity fully,” said Reilly-Hammond. “I went to Reading and that was a real moment - it was a huge crowd. I think that was a realisation for him too. It's all well and good experiencing things in the digital space, but to see people in front of you on that scale singing the words back was a real moment. He could see what has been achieved.”

The only obvious achievement that is still outstanding for KSI is a No.1 single, after coming close with five Top 3 hits. But Reilly-Hammond is confident it will happen eventually.

“I would imagine he can do it,” she told Music Week. “I would bet on him, put it that way.”