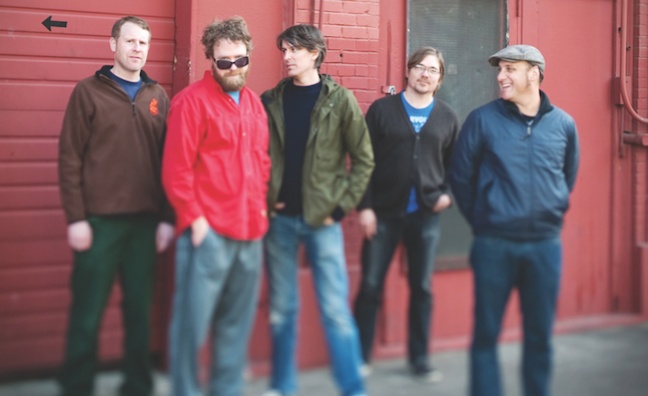 Matador has signed catalogue deals for bands who have played a key part in the history of the label over the last three decades.

The label, which is part of Beggars Group, has secured the rights to full catalogues for Interpol, Pavement and Spoon. The deals were revealed in the latest issue of Music Week, alongside interviews with Matador’s top execs, Red Light Management’s James Sandom and the bands involved.

The label previously only had rights for Pavement (pictured) outside Europe, where Domino releases the indie rock legends’ catalogue. Matador’s relationship with the band goes back to the early ‘90s, shortly after the formation of the label.

LPs by Interpol and Spoon were divided between Matador, other indies and majors in various territories. Alongside Matator, Interpol’s previous label partners across their five albums internationally included EMI, Capitol and PIAS. Spoon’s nine albums were released by labels including Matador, Merge, Anti- and Epitaph.

The label has for the past two years been running the Matador Revisionist History series – a press, marketing and retail drive with a dedicated aesthetic highlighting key releases from its 31-year history. The special anniversary reissues include Pavement’s Wowee Zoee, Liz Phair’s Exile In Guyville, Yo La Tengo’s Electr-o-pura, Guided By Voices' Alien Lanes and others.

As well as streaming, the vinyl revival has been a key element of the reissues campaign at Matador.

“It's absolutely useful in reaching younger audiences but it's fair to say there's increased interest in vinyl across the board, older listeners, newer listeners, humans firmly ensconced in the middle, etc,” said Matador co-owner Gerard Cosloy. “Whether it's fans reacquainting themselves with favorites from prior years or learning about Pavement or Spoon or Interpol or QOTSA or Belle and Sebastian or whoever for the very first time, it's fantastic to see. But we're not simply witnessing it, we're actively working to make it happen, regardless of format.”

There are no plans for new Pavement recordings, but if those guys would like to submit some demos we'll try to find the time to check them out

While Spoon and Interpol are both planning new albums with Matador, Pavement fans probably shouldn’t get their hopes up.

“Though we cannot reveal specifics (willingly, anyway), Spoon, Interpol and others have new albums either in the works or in whatever-you-call-what-happens before they're in the works,” said Cosloy. “We could detail who is further along than someone else but that would kill a couple of other news pieces at the very least. There are, at present, no plans for new Pavement recordings, but if those guys would like to submit some demos we'll try to find the time to check them out.”

In a separate catalogue initiative, the Spoon Slay On Cue campaign (inspired by a lyric from one of their songs) has made the catalogue widely available on vinyl and CD globally for the first time through Matador.

“The fact that we could collect our discography and put it all out worldwide, and do it with the same guys we’ve known since we first started putting out music has been huge for us,” said Spoon’s Britt Daniel.

To read the exclusive interviews, pick up the latest issue – subscribers can click here.