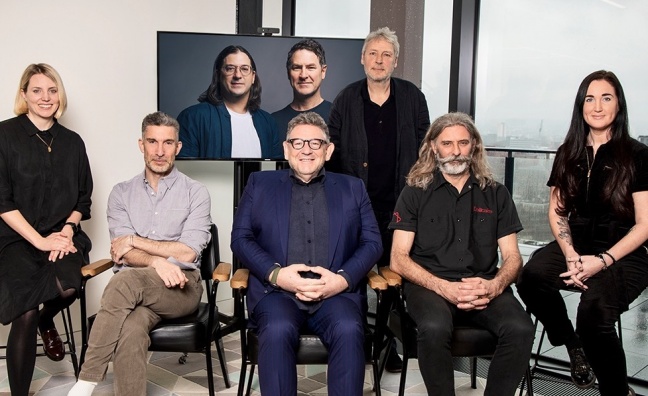 Under the terms of the deal, Virgin will provide bespoke global promotion, marketing and audience label services to Mushroom’s existing US and UK infrastructure. In addition, selected Mushroom artists’ releases will be issued through UMG’s major label network, when agreed by both parties.

The Mushroom Group was founded by the late Australian music icon Michael Gudinski, and is now led by his son Matt.

Mushroom’s chief executive Matt Gudinski said: “Mushroom has been a market leader for decades in Australia and today we take another huge step in building Mushroom into a truly global brand. Our A&R staff are world class and we, together with Virgin/UMG,  are going to break artists from any part of the globe to every part of the globe. Lucian, David and the Virgin team are better placed than any other music company to help us deliver on our ambition and we are ecstatic to form this partnership.”

Sir Lucian Grainge, chairman & CEO, Universal Music Group, said: “This global alliance between Mushroom and Virgin Music, marks the beginning of a new collaboration between two historically entrepreneurial companies that have both introduced countless superstar artists and helped shape and influence independent music for decades. We’re thrilled to be working with Matt Gudinski, who is honouring his father’s great legacy by bringing Mushroom to new heights, and with Korda who has been a force in the UK creative community for decades.”

Mushroom Label’s COO Chris Maund said: “With Mushroom Labels unique mix of niche alternative artists through to those dominating charts, this partnership with Virgin/Universal gives us the flexibility and range to deliver results across the board. We felt musically and culturally aligned with Virgin/UMG from our first meetings and we can’t wait to get stuck in.”

David Joseph, chairman & CEO, Universal Music UK, said: “Virgin Music and Mushroom are two labels with entrepreneurship and innovation at their heart. This is a natural partnership bringing together two exceptional teams who are aligned on a very simple ethos: delivering choice and a best in class service for artists and their businesses on a truly global scale.”

Vanessa Bosåen, MD, Virgin Music Label & Artist Services UK, said: “Mushroom Group has long been admired as an exceptional home for artists and Virgin Music is absolutely thrilled to be in partnership with such a strong line-up of labels. VMLAS’ global network offers Mushroom’s labels a new way to plug in to the world and reach more music fans than ever before. We’ll be working together across time zones, genres and borders to build the future of how independent labels can operate on a global stage.”

To co-lead the Mushroom Label division’s global operations, the indie has appointed Korda Marshall as international director. Based in London, Marshall moves from BMG, who purchased Infectious Records in 2014. At BMG, he had success with acts including DMA’S, Bloc Party, Ry-X, Richard Ashcroft and The Temper Trap.

Marshall held the MD position at Mushroom Records prior to its sale to News Corp in 1998, where he was instrumental in the success of Muse, Garbage, Ash and Paul Oakenfold.

Korda Marshall said: “I'm so happy to be returning to the Mushroom Group, it feels like coming home after a long and winding road trip around the music business and I look forward to working with all the Labels and their amazing artists. Our new deal with Universal provides a fantastic opportunity to work closely with one of the finest music companies in the World. Lucian, David and the Virgin teams led by Vanessa, Jim, Jacqueline and Matt have all been very impressive and together we can become a real alternative home for great talent and creative ideas.”

Following the new partnership, the first releases will include music from DMA’s, Merci, Mercy, Mia Wray and Yen Strange. The first UK signing by Marshall is Joshua Epithet.

Since its launch in January 2021, VMLAS has opened divisions in the US, Japan, UK, Germany and across Central Europe, France, Australia & New Zealand, Sweden, Norway, Netherlands, Belgium, Western Balkans, Brazil, Mexico, Spain and Portugal with further markets to launch in the coming months.

The company won in the Label/Artist Services category at the Music Week Awards last year.