"My ambition is to make UK Music the most influential trade body in the country": Michael Dugher on his Brexit preparations 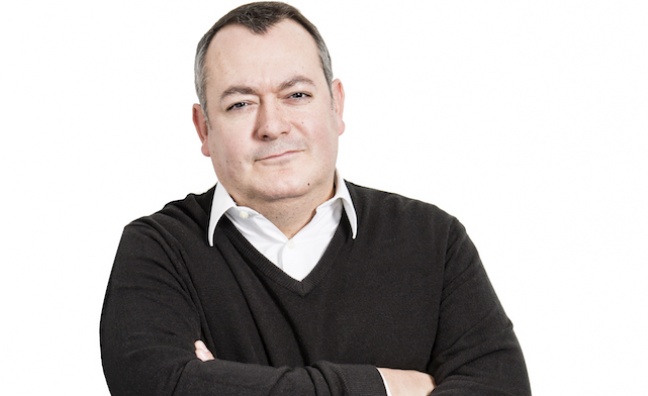 In the new issue of Music Week, UK Music chief executive Michael Dugher sits down with us to outline his agenda for 2018 and beyond, tackling everything from Brexit to dealing with sexual harassment in the music industry.

In the interview, Dugher - who took over from the much-loved Jo Dipple, now at Live Nation, in May last year – says he is looking to participate in the hard, industrial-level influence that the biz’s contribution to the UK economy deserves. To this end, he recently scored his first major victory with the news that the Government will support plans to build the “agent of change” principle into planning law to help protect venues from property developers. Now, however, he will turn his focus to a host of other issues, including Brexit.

Dugher revealed to Music Week that he intends to make sure the music industry gets the best deal in the ongoing negotiations.

“We’ve got to make sure the copyright protections that we currently enjoy through the EU will transfer to the UK statute,” said Dugher. “And, actually, there’s an opportunity to go much further, to strengthen IP protection but also about free movement. The ability of artists from the EU to come and play in our increasingly vibrant growing live music scene and the ability for UK artists to play in Europe without the visa arrangements that could be bureaucratic and prohibitive, that’s massively important. So there’s an opportunity around Brexit as well, and that will slightly raise eyebrows.”

Dugher was quick to note that the important task was making sure that the music industry is “top of the tree when it comes to the protections that we need.” In particular, he said he was relishing the challenge of helping music compete with the City, agriculture and the motor industry.

“My ambition is to make UK Music the most impressive and influential trade body in the whole country and I don’t see why we shouldn’t be,” said Dugher. “We’re a £4.4 billion industry, we bring huge added value to the economy. We really punch above our weight, so it’s important that politically we punch above our weight as well. We’ve got a lot of work to do but I’m hoping we’ve got the right relationships in place to make sure that the people who are going to be influential in those negotiations understand the importance of the music industry. We’ve had most of them in this [UK Music] boardroom, so we are well placed.”

As to how he would like Brexit to play out, Dugher noted that there are potential opportunities for the music industry ahead, especially when it comes to trade deals with the US.

“It may be that we stay in the single market, and the customs union, that we can get a much better deal on transitional arrangements,” he said. “I’m hopeful of all of those things and we have to keep fighting away at them. But we are coming out of the EU so you do have to think, ‘What are the opportunities?’ The government’s talked a lot about trade deals. There are potential opportunities there for the music industry. The government has said the first trade deal should be with the US. The US is the largest market in the music industry and the UK is the third biggest. I’d like to see the music industry as being a big part of a trade deal. Could we use that as an opportunity to make progress in terms of visa arrangements for bands that want to tour the States? Can we make progress on copyright where they don’t have the same kind of protection as we have here? All of this is worth trying, given that it’s such a hugely dominant Anglo-American product. Making sure the music industry is a big part of those trade deals has got to be a focus, not just mitigating against some of the negative impacts that Brexit undoubtedly has.”