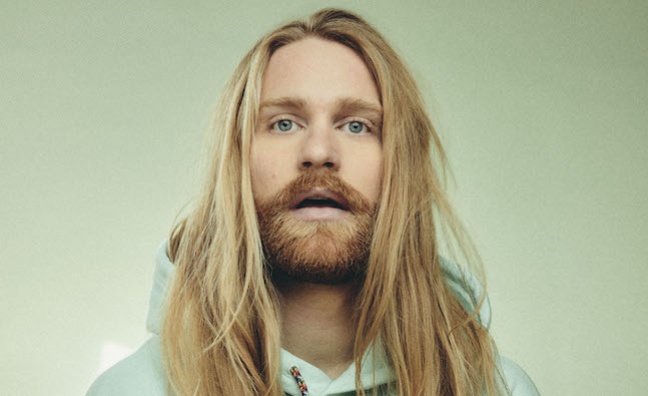 National Album Day will return on Saturday, October 15 and, as revealed by Music Week, this year will take debut albums as its theme. It follows themes in previous years including Women in Music and the 1980s.

National Album Day’s artist ambassadors for 2022 will be championing their love for the album between now and the build-up to the day itself.

Now in its fifth year, National Album Day aims to shine a light on the art form of the long-player, celebrating the creativity and artistry that goes into making an album. It is organised jointly by the BPI and ERA.

The debut albums theme will look to showcase a broad range of first album releases across multiple genres and decades – from debut recordings that have gone on to become classics, to those that are only now being fully appreciated, or perhaps merit reappraisal.

Franz Ferdinand frontman Alex Kapranos said: “What a glorious medium the album is. On the most basic level it’s a bunch of songs that sound good together, but what I love is that it is a moment in time for the artist and the listener, a way to define a period of a lifetime. It’s the long form: a novel rather than a short story, a film rather than a trailer. Sure, you can get a panel of writers to construct a song to meet the criteria of the algorithm, and that’s a distinct skill, but it will never have the complexity or richness and deep reward of a good album.”

KSI, whose LP Dissimulation was the biggest British debut album of 2020 in the UK, said: “With an album, it’s essentially you living in the mind of an artist. What they’re thinking, what they’re feeling and how it makes me feel listening to it. Do I relate? Do I agree or disagree, what emotions do I feel? Even the instrumental can make you feel a certain way. Albums at different stages in our lives can be so pivotal and help inspire different ways of thinking or feeling, and that’s why I feel it is so important in our lives. Listening to certain albums is like looking back at the history of how I was feeling at that moment in time. And the nostalgia is truly amazing.”

You can get a panel of writers to construct a song to meet the criteria of the algorithm, but it will never have the complexity or richness of a good album

Lia Metcalfe, singer and  songwriter of The Mysterines, whose UK Top 10 debut album Reeling was released in March, said: “I’m so pleased to be an ambassador for National Album Day. We released our debut album Reeling earlier this year and it has been one of the most seminal moments in our lives. The album will remain a part of us forever, not just because it marks our first full creation as a band, but its years worth of stories, experiences and emotions weaved through the songs.

“There is nothing better than listening to an album in its entirety, from start to finish, in the way the artist intended it to be heard. I feel like we’ve lost that a lot nowadays, and to be part of National Album Day as an avid record listener and collector is something that is so integral to who I am.”

Singer-songwriter and Eurovision star Sam Ryder, who’s set to release his debut on Parlophone, said: “I'm stoked to be a part of this year's National Album Day! There are so many amazing albums from artists that have been a massive part of my life, bringing so much joy. By listening to an album, you really get to know an artist.”

The Staves added: “We are honoured and excited to support National Album Day. The album format is so important and has shaped the way we listen to and make music. Growing up listening to Beatles albums, we would know them so well that we’d know not only which track was coming next, but exactly how many seconds it would be until it began, and what key it would be in.

“Our debut album, Dead & Born & Grown, captured what we were doing live - playing our songs with an acoustic guitar, a ukulele and three-part harmonies - and it marked the beginning of our journey as recording artists in earnest. The album took us around the world to new audiences and into the arms of talented and inspiring musicians and collaborators, and we are forever grateful that it connected with people.

“Albums create a world for you to inhabit as a listener, where songs are set in the context of a wider body of work, allowing for music and magic of all shades to happen until the needle leaves the record. But albums stay with you, and you can revisit that world whenever you need to get back into it. Indeed, they shape your world, too, and become part of your life as it goes on. Long live the album!”