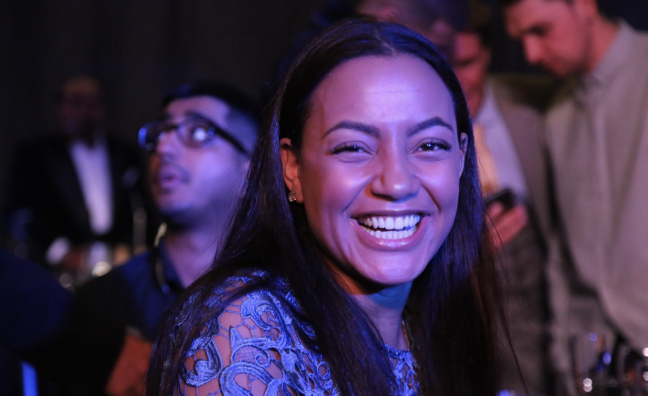 5k Records has appointed Oksi Odedina as general manager, Music Week can reveal, as the new label pledges to become “a machine” in 2021.

Moe Bah and Kilo Jalloh, CEOs of 2K Management – which represents J Hus, Young T & Bugsey and more – founded the label alongside producer JAE5, who is also on their books. Sony Music Entertainment is partnering with 5K Records in a joint venture.

The label launched in 2020 and is working with a batch of new signings including North London’s Keeya Keys, Ghanaian star King Promise and emerging Manchester artist Robin Knightz.

Odedina arrives from Warner Records, where she served as senior marketing manager. Music Week interviewed Odedina alongside Warner president Phil Christie last year, as they steered Nines to the top of the albums chart with Crabs In A Bucket. She also worked on Pa Salieu, who recently topped the BBC Sound of 2021 poll.

Oksi Odedina told Music Week: “After an amazing three years at Warner Records, I am thrilled to be joining 5K Records. The newly formed label is a true example of the UK music industry at its best and most innovative. It is an honour to be working alongside a team united with such clear vision, passion and a track record for delivering excellent music and campaigns with artists. I am really looking forward to getting to work and introducing our first signings to the world.”

Kilo Jalloh said: “We were delighted when Oksi decided to join our team at 5K. She’s had years of experience at Warner Music, where she’s been a vital piece to the puzzle on many successful campaigns. When we spoke with Oksi and told her about our vision for 5K it was clear that we had the right person for the job. Even in the short period since she has started she has already made a huge difference. We’re really over the moon and I’m confident she will help grow 5K Records in to a machine!”

Moe Bah added: “Oksi is a true boss with an outstanding track record while working on some amazing campaigns at Warner. She's got all it takes to help steer 5K in the right direction. She has a passion for developing talent and assisting them with their vision and brand, which is what we're about. We're happy to have her on board as our general manager at 5K Records.”

Oksi is a true boss with an outstanding track record

JAE5 commented: “Really excited to have Oksi on board, great addition to the team. She has a credible reputation amongst artist and managers in our scene.”

Bah and Jalloh were profiled in Music Week’s Rising Star column back in 2017, having successfully launched the career of J Hus. Back then, they stated their greatest ambition was, “for our names to be mentioned for doing and being a part of something great for the scene and for the industry. We want to be the greatest and to continue developing great artists.”

Their 2K Management business is now a key player in the UK scene, and 5K Records promises to widen their impact further. The label bills itself as “enterprising and ambitious” and aims to work with new and established talent from the UK and around the world. The label’s mission, say its team, is to create global superstars.

Further details of new signings and releases are expected soon.