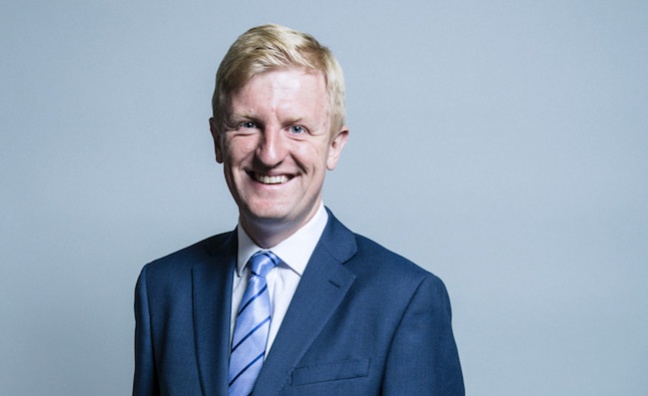 The BPI has welcomed the appointment of Oliver Dowden as Secretary Of State for Digital, Culture, Media and Sport.

Dowden was promoted by prime minister Boris Johnson as part of a government reshuffle. He was previously Paymaster General and Minister for the Cabinet Office, a role he had held since 2018.

As a former advisor to prime minister David Cameron from 2010 to 2015, Dowden should know how to make things happen at the heart of government.

“We look forward to working together to promote British music across the UK and overseas, and to ensure the UK is the best place in the world to invest in talent,” said Geoff Taylor, BPI and BRIT Awards chief executive.

An MP since 2015, Dowden is the eighth Culture Secretary in less than six years. Nicky Morgan had made clear that her re-appointment to the role following the December election was temporary until the planned reshuffle.

Dowden has no association with the music industry, while his only obvious connection to the media was a role at a PR company in the late noughties. He backed Remain in the 2016 referendum.

Business Secretary Andrea Leadsom was sacked from the cabinet. Liz Truss continues in her role as Secretary of State for International Trade.

“We aim to work more closely than ever with DIT to turbocharge British music exports and to strengthen IP protection overseas, so UK artists and labels reap the benefit when the world listens to our music,” said Taylor.