Overnight news from around the world: Tuesday, July 5 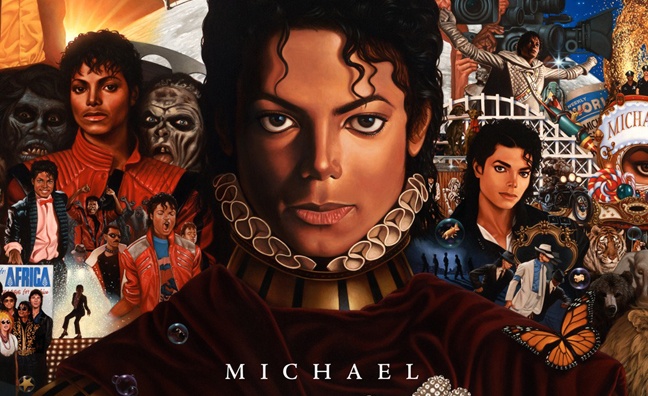 Sony Music Entertainment's has failed in its bid to dismiss consumer protection claims from a lawsuit alleging the label misled Michael Jackson fans into buying posthumous albums containing songs sung by other vocalists.  LA Superior Court Judge Ann I. Jones said Sony’s dismissal bid was ”improper procedurally and wouldn’t have prevailed anyway”. The alleged fake songs featured on the 2010 Michael album and include Monster, Keep Your Head Up, and Breaking News. The putative class action lawsuit was filed by MJ fan Vera Serova, who accused Jackson’s friend Eddie Cascio and his production company, Angelikson Productions LLC, of creating and selling fake songs via Michael Jackson’s estate and Sony. Both Cascio and Porte claim the songs were recorded in Cascio’s New Jersey basement in 2007, but this is disputed by Serova and the entire Jackson family.  (Digital Music News)

BMG has acquired Australian independent recording and publishing company J Albert & Son Pty Ltd,  which launched the careers of acts such as AC/DC and the Easybeats. Alberts will form part of BMG Australia, the Sydney-based operation of BMG which was launched three months ago, headed by former Universal Publishing A&R executive Heath Johns. Financial terms were not disclosed. (Billboard)

Organisers have scrapped the inaugural version of Lollapalooza Colombia, scheduled for Bogota from September 17-18, after a proposed headliner pulled out. Disclosure, Lana Del Rey and Wiz Khalifa had been set to appear. Despite it being reported that Rihanna had dropped out as headliner, leaving not enough time to find a replacement of equal star power, the singer was not available for those dates and was never actually booked for the festival. (New York Daily News)

Swedish police received reports of 27 cases of sexual assault against girls or young women at a music festival in southern Sweden over the weekend. They are searching for seven male perpetrators in the alleged attacks on Friday and Saturday at a concert in the central city, but didn't give any details about the suspects. (AP)

Calum Scott's Dancing On My Own is No.1 in this week's Official Trending Chart. Chainsmokers Ft Daya are at No.2 with Don't Let Me Down, followed by Hotter Than Hell by Dua Lipa at No.3. Don't Mind by Kent Jones and Into You by Ariana Grande round off the Top 5. The Top 20 is as follows:

Concert promoter Live Nation has launched a new app in the US. The app includes features such as password-free presales, tour alerts for favourite artists and venues, seat upgrades, past setlists, in-seat delivery and ordering for intermission. It also enables mobile ticketing at select venues and mobile payment.

On-demand food delivery service Deliveroo has partnered with Barclaycard British Summer Time at Hyde Park.  Negotiated by AEG Global Partnerships, the deal includes ticket giveaways for Deliveroo customers and a presence on the site itself for the brand. Deliveroo will operate an exclusive Backstage space for artists and performers allowing them to order their favourite foods from a range of top London restaurants before or after their sets. Deliveroo’s team will deliver directly to the festival site, into the hands of artists and music fans alike. For festival goers there will also be the RooMachine, a giant slot machine in the form of a takeaway box which offers a range of prizes as well as dining area for customers in the Barclaycard VIP Summer Garden.