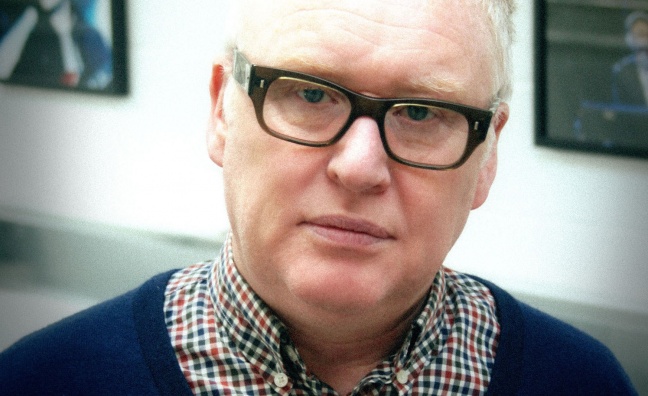 Sound City and Modern Sky Entertainment are joining forces in a long-term strategic equity partner deal. Just over four years ago, Sound City announced an equity deal that saw them bringing in partners Ingenious Media.  Since that time, Sound City has grown and established its brand both in the UK and internationally.  This new deal will trigger the exit of Ingenious as Modern Sky Entertainment steps in to directly buy its equity stake and move it into the position of being sole global partners with Sound City. Modern Sky was founded in 1996 by Shen Li Hui in China. He initially launched the company as a record label to release music by his own band and his friends.  Modern Sky is now the largest independent label in China. It also organises the largest music festivals in China (under the banner of Strawberry Festivals). In 2015, the Strawberry Music Festival was held in 20 cities across China, in addition to smaller-scale Modern Sky Festival held in New York City, Seattle, and Helsinki. Add to that their online music live streaming platform Modern Sky NOW, which has several million subscribers as well as host of other assets that include radio stations, venues as well as art and fashion brands. Modern Sky also supports Sound of the Xity, which is a Beijing-based music conference and showcase festival that provides a bridge between the international and Chinese market, happens in every April. To celebrate this partnership, CEO of Sound City David Pichilingi (pictured) will be attending Modern Sky’s own international music industry conference and showcase festival Sound Of The Xity in Beijing later this month. Modern Sky will also attend Liverpool Sound City in May, as well as host an event with Sound City at the International Festival of Business in June.

Day two of MUSEXPO started with the big news of Music Week/A&R Worldwide’s launch of MUSEXPO Europe – and continued with a heavyweight panel line-up. TV star Larry King kicked off the day’s programme with the State Of The Sonic Union panel, where panellists including Radio 1’s Chris Price and Chop Shop Music Supervision’s Alex Patsavas debated the current music business landscape, where the ways to access content are various and the way artists can connect with their audience seemingly endless. Price, head of music for BBC Radio 1 & 1Xtra, stressed some of the ideas he talked about in his recent Music Week cover story, saying that the industry should rely on “passion first and data second". He added that radio and streaming are now on a “collision course”. “Streaming is parking its tanks on the lawns of radio,” he added. “But our strength is an intimate connection with the listener. There are multiple ways to have a hit these days but it is still difficult to have a significant hit without radio play." Patsavas said she worried about “music and artist development”. “We are in a song-driven economy and we are going to miss out on the album's grace,” she said. “Artists like Neil Young took a long time to create music.” The day’s management panel saw panellists debating the changing nature of the role. Revelation Management Group’s co-founder Jordan Berliant called for more windowing of new releases on free streaming services and said attitudes towards social media needed to change. “No one watches TV for the commercials,” he said. “Artists who use social media most effectively don’t use it for promotion.” But Sia manager Jonathan Daniel of Crush Management said that data was still useful “as an argument”, including when using streaming/Shazam stats to convince radio to play a song. The day concluded with an amusing keynote Q&A with Korda Marshall, founder of Infectious and SVP at BMG UK. Marshall covered his early beginnings in the music business playing drums in a band ("like Ringo Starr but without the timing") and as an A&R scout paid £20 with RCA, where he went on to sign Take That based partly "on their complexion." The heart of his discussion with Music Week editor Mark Sutherland focused on his label Infectious, a company he managed to launch, sell, and recreate at least three times. He first started the label after leaving RCA."I was always on the musician’s side of things which made me unemployable, so I said fuck it," was how he described his jump into the unknown, to great applause. "When it works it’s fantastic,” he said of the indie world, “When it doesn’t, you lose your house, so that forces you to focus when you have your own money [invested]." MUSEXPO continues today. Stay tuned to musicweek.com and Music Week’s Twitter feed for updates.

Music industry analytics platform Revelator will debut its new Mobile Analytics app at Music Connected next Thursday (April 28). The company announced the launch of its new app at SXSW, Austin in March this year – key features include a dashboard with a high level overview of top tracks, albums, formats, lettings users dig deeper into data to view revenue and units by digital platform, country, service, label, artist, release, and track, as well as quickly swipe through different time periods. “With the continuing growth of digital music consumption, the data mountain is getting ever more vast. It’s clear the future of digital business is all about managing that data, assets and channels. Revelator’s magic is providing attribution, reporting, and business intelligence from one platform, so that record companies, publishers, managers, artists and songwriters can access their sales and marketing data wherever they are. We are proud to deliver a music industry first with our Mobile Analytics app, it will be a breakthrough toward ensuring full transparency,” said Bruno Guez, Revelator founder and CEO. “We are developing more sophisticated functions in the areas of playlist, geographic and social media intelligence, more music industry firsts to bring to market late spring/early summer, so that users can get deeper insights and see the immediate impact of their efforts on the consumption of their music.” Designed for the independent music industry, to provide monthly and daily trending sales data across all major digital music platforms and services, and deliver unprecedented transparency on the go, Revelator’s Mobile Analytics is available now to all distributors, record labels, managers and artists as a branded or ‘white label’ solution.

At the 20th annual SESAC Pop Awards held tonight in NYC, Universal Music Publishing Group (UMPG) took home the three top honours for the second year in a row, winning Publisher Of The Year, Songwriter Of The Year and Song Of The Year. UMPG president – North America Evan Lamberg and the UMPG creative team accepted the awards at the star-studded event, which recognised the songwriters and publishers of SESAC’s most performed works in 2015. UMPG writer Jimmy Napes also captured top honours again this year, winning Songwriter Of The Year and Song Of The Year for global hit single I’m Not The Only One, as recorded by Sam Smith. UMPG writers were also recognised for nine award-winning songs, written by Napes, Mumford & Sons, Disclosure, Tourist, AlunaGeorge, Oscar Holter, Elvin Smith, and Tourist.

Phil Cialdella has been appointed chief operating officer of US independent music publishing house Atlas Music Publishing, founded in 2013 by Richard Stumpf. Cialdella had been previously SVP of administration and licensing at indie Cherry Lane Music Publishing where he served for 11 years, until July 2010, after which he set up his own company Wonderlous Music. By joining Atlas, Cialdella will reacquaint with Atlas Music founder and CEO Stumpf, with whom he worked at Cherry Lane. "Phil joining Atlas feels like a homecoming," said Stumpf, to whom Cialdella reports. "To say Phil is the best publishing operator out there is simply speaking the truth. Atlas is very fortunate to have Phil on the team to help guide the ship as we continue to grow." At Cherry Lane, Cialdella attracted and retained a broad array of publishing clients over the years, including contemporary platinum-selling artists (Black Eyed Peas, will.i.am, John Legend), classic song catalogues (Elvis Presley, Quincy Jones, Ashford & Simpson), and film and television studio heavyweights (DreamWorks SKG, Lionsgate, Weinstein Co., Marvel, World Wrestling Entertainment, NFL Films, 4Kids/Pokémon). Currently, Cialdella serves on the board of directors of the Association of Independent Music Publishers (AIMP), chairs the Licensing & Publishing Committee for the American Association of Independent Music (A2IM), and is actively involved with other industry trade groups including The Recording Academy, NARIP, NYC3, and others.

Sony/ATV Music Publishing has extended its worldwide deal with multiple Grammy-winning singer, songwriter and recording artist Rob Thomas. This new extension celebrates and extends Thomas’ 20-year relationship with the company that includes his entire catalogue of songs, including the Matchbox Twenty hits 3 a.m., Bent, Unwell, Push, If You’re Gone and How Far We’ve Come, three solo albums including hits Lonely No More, Some Day and This is How a Heart Breaks, and the multiple Grammy-winning  Santana hit Smooth, which he co-wrote and performed on. It also takes in future works. Sony/ATV Chairman and CEO Martin Bandier said: “I am so pleased that Rob has agreed to stay with Sony/ATV for the foreseeable future. I was fortunate enough to have been running the company when he signed his first publishing deal in 1996 and he and his songs have been part of my life ever since then as well as those of all his fans the world over.” Having sold more than 80 million albums, Rob Thomas initially broke through as the frontman and main songwriter of the Orlando, Florida rock group Matchbox Twenty before launching a successful solo career, while along the way has written songs for or with acts including Mick Jagger, Santana, Willie Nelson, Travis Tritt and Daughtry. Besides his Grammy successes, he has won a number of other awards, including in 2004 becoming the inaugural winner of the Songwriters Hall of Fame’s Hal David Starlight Award, an honour recognizing gifted songwriters making a significant impact with original songs during the early years of their careers. He has also been named Songwriter of the Year by both Billboard and BMI, alongside winning numerous awards for his songs from both ASCAP and BMI.

The Lumineers top US album charts

US band The Lumineers' sophomore album Cleopatra has topped both Nielsen's Billboard 200 chart and Border City Media's Buzzangle chart, shifting 125,000 equivalent album units, including 108,000 traditional albums, in the week ending April 14. In addition, the single Ophelia has set a record for the single week spin count at the AAA radio format, according to Mediabase. Ophelia also spent six weeks at No.1 on the Adult Alternative Songs chart. The album, like the band's self-titled debut from 2012, was released by Nashville, Tennessee-based Dualtone Records, the indie record company owned by eOne. Richard James Burgess, CEO of US indie labels' association saluted The Lumineers' chart performance. "Congratulations to our label member Dualtone, eOne, and The Lumineers for their No. 1 debut 'Cleopatra' on this week's Billboard 200," said Burgess. "This fully Independent team showcases the power and reach of all Independents. Our community of music creators, and the teams that support them are known for, consistently, earning critical praise and sweeping prestigious awards for their work, and it's always gratifying to see them topping Billboard's most respected chart." Veteran hard rock band Deftones, landed at No.2 on both charts with their new album, Gore (Reprise). It’s their highest-charting record since 2003 and their best sales week since 2006.