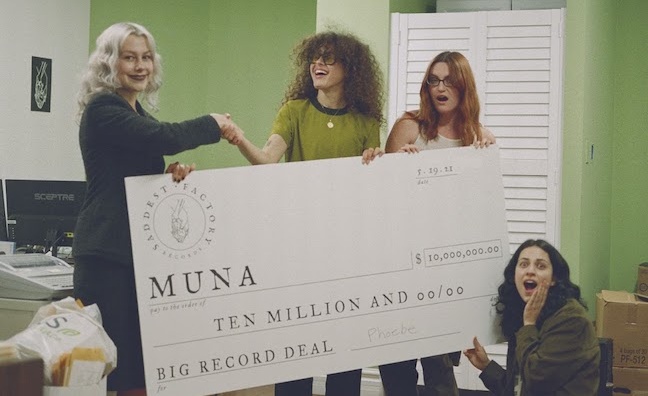 The band, comprised of Katie Gavin, Naomi McPherson, and Josette Maskin, are the second act to sign to Phoebe Bridgers’ label.

Saddest Factory launched in partnership with Secretly Group’s Dead Oceans in 2020. The label’s debut album, Claud’s Super Monster, was released in February. You can read our Q&A with Phoebe Bridgers here.

In a statement, Muna said, "Phoebe asked us to be in a four person couple with her. We said, ‘Sadly, we are all taken but we will happily sign to your record label for the small fee of 10 million dollars.’ After much negotiation, she obliged. We look forward to this lifelong partnership and Phoebe raising our first born children, as was included in the contract.”

“I thought they were a boy band,” added Bridgers.

Muna released their debut album About U (Columbia) in 2017.