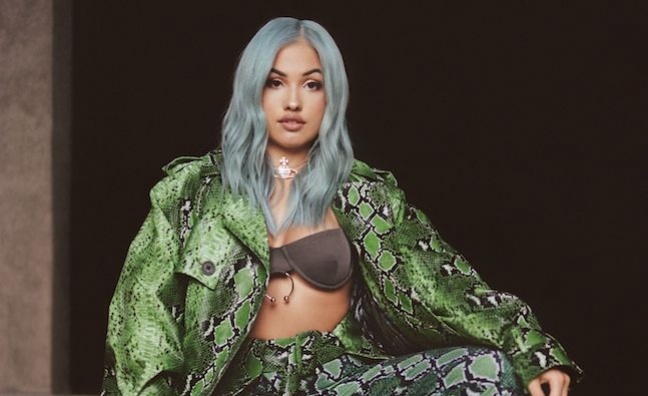 Polydor has been breaking records with its No.1 album run.

The label team spoke to Music Week about their recent success, which included strong D2C and physical retail campaigns for artists including 5 Seconds Of Summer, Paul Weller, The 1975 and Haim.

But Polydor has also made an impact on the charts with streaming-led releases from Pop Smoke and Juice Wrld, while DSP consumption also helped Lady Gaga secure the year’s fastest-selling album so far this year.

“Even though Haim’s week one sales [for Women In Music –Pt 3] were very weighted towards physical, they’ve also always had a strong streaming audience and a lot of support from partners,” he said. “It helps that we launched seven songs from the album in the months leading into release, so nearly half the album is out there working for us in playlists globally, which creates a point of discovery for ongoing streaming.

“The conversation around the album has also been so incredible, from both fans and media, that hopefully it’s an album people continue to discover and live with for a long time to come.”

2019 releases from Mabel, Jax Jones, Sam Fender and Becky Hill are continuing to perform well for Polydor. The label has experimented with album releases on streaming, including adding tracks over time. In the case of Becky Hill, her Top 20 release Get To Know (113,309 sales – Official Charts Company) is actually a collection of hits that’s pre-empted her official debut studio album.

“We know more now about how to glue together a historical success in to something that works for the now,” said marketing director Lucy Dann. “For Becky, for example, she was sitting on all these amazing achievements of songs that were huge but that she had written too. We pulled them together into Get To Know and now have a Gold album. That then paves the way for a really strong base for continued streaming growth.”

Mabel has just released a stripped-back, more acoustic version of her High Expectations album, which has sales of 163,572. She has added West Ten (124,856 sales), the current hit with AJ Tracey, to the album on DSPs.

“Although [adding tracks] was innovative at the time, it now feels the norm for us where we have an artist who is traditionally more singles-led to view the album as an evolving body of work,” said Hallowes. “It’s created album stories for artists where traditionally you wouldn’t have one. It was great to see Mabel’s album return to the Top 15 with the addition of her collaboration with AJ Tracey, and Jax’s album is at nearly 200,000 units, which is a huge statement for an act like that. It’s something we’re considering at the right time for all our artists in a similar position in the market.”

Streaming has also been key to launching new artists in lockdown. Don’t Need Love by 220 Kid & Gracey peaked at No.9 and has sales of 361,979.

“The 220 Kid and Gracey single was a result of seven months of hard graft from the team, seeing tiny embers of potential back in December last year and slowly growing it into a Top 10 hit,” said Hallowes. “It felt very similar to Mabel’s breakthrough single Finders Keepers from 2017, which took a similar length of time to reach the Top 10, although the tactics to get there were very different.

“Lockdown definitely impacted on the strategy - without some of the traditional consumer behaviours around dance music being there, we had to look elsewhere. We saw a noticeable correlation between hot weather and dance records spiking, which we focused in on from a marketing standpoint. And we doubled down on our content and influencer strategy which proved very effective.”

To read the full interview with the Polydor team, subscribers can click here.