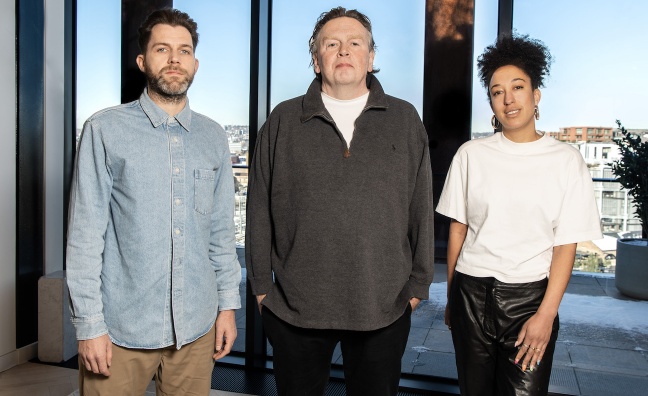 Polydor has started 2023 with a strong chart result for its award-winning A&R team.

In the latest edition of Music Week, we exclusively reveal new appointments at Polydor, as well as industry veteran Richard O’Donovan’s promotion to head of A&R.

“I was very honoured when I was asked,” O’Donovan told Music Week. “I was absolutely flattered and delighted, I love the team. So I'm very glad to be able to help them build their rosters and build their careers.”

Formerly A&R director, Richard O’Donovan has worked at Polydor for 11 years. He has played a crucial role in the development and success of many of the label’s biggest acts.

Polydor president Ben Mortimer spoke to Music Week about the label’s newest recruits, as well as the promotion of O’Donovan to head of A&R.

“There’s not a situation he hasn’t seen or navigated,” said Mortimer of O’Donovan. “He’s a veteran, but remains as ‘on it’ as ever, working closely with many of Polydor’s most successful artists like Sam Fender and Becky Hill, who love and respect him. We’re very lucky to work with Richard.

“I feel equally lucky to be working with Eve, who brings immaculate taste, deep relationships, and a grown-up approach to record making. Jos is already causing wonderful chaos with his high energy, and desire to win. He’s going to thrive at the label.

“Between them they’ll add a huge amount to our already award-winning A&R department.”

Clavish’s mixtape Rap Game Awful has strong streaming consumption, which contributed to its week one sales of 8,363. It features five Top 75 singles.

Mortimer spoke to Music Week about their A&R strategy for both album artists and streaming hits.

“Clearly there are different skill sets at play here,” he said. “More data comes into the decision-making process for-track based artists. Although that implies we don’t use data with album artists, which of course we do. Why wouldn’t we? But perhaps a little more gut and belief come into it with album artists. What’s great is that Polydor has had success in the last few years in both areas, and I’m very proud of that.”

Polydor singer-songwriter Sam Fender continued to make his mark on streaming platforms in 2022. Seventeen Going Under was the 10th biggest song of the year overall, while the album of the same name ended up at No.21.

The label had global success in 2022 with Glass Animals, whose streaming smash Heat Waves was the second biggest song of the year in the US with 528.7 million streams.

To read our interview with Richard O’Donovan and Ben Mortimer, pick up the new issue of Music Week which is out on January 24.