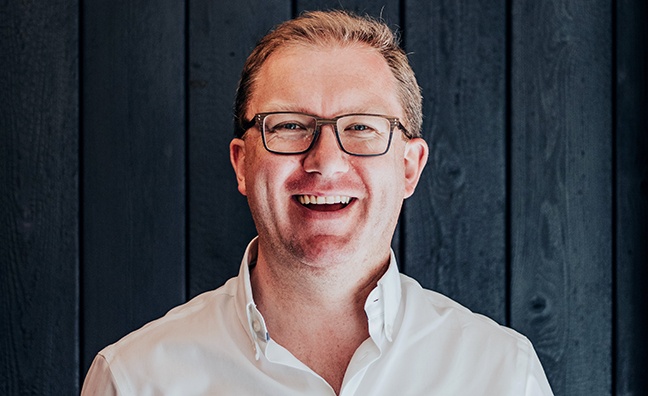 In the latest issue, the UK distributor reveals strong growth in Q4 at a time when the overall physical market is down.

Proper’s sales team recently scored a No.3 album with Pet Shop Boys’ Hot Spot. The company is also picking, packing and distributing the new BTS album Map Of The Soul: 7 for The Orchard and Big Hit Entertainment.

Hill said the company had a good quarter with HMV, which has just marked its first anniversary under new owner Doug Putman. The music retailer recently earmarked 10 stores for closure, though subsequently managed to agree terms with landlords to keep some of the affected branches open.

“I think that Doug is prepared to make those tough decisions,” said Hill. “Maybe the HMV of old should have shut some stores, but for emotional reasons kept them open. Whereas Doug just looks at the bottom line and says, ‘Is this store making us money?’ I think we need a business that is prepared to make tough decisions in 2020. It’s horrible to see stores closing down and people losing jobs, but if it's for the greater good and for the chain to keep going, then I’m right behind them.”

Hill has warned about the potential impact on the supply chain if there’s no trade deal with the EU after 2020. Warner Music UK was concerned enough about the threat of a no-deal Brexit last year that it arranged its own warehouse facility for Q4.

The exit of Sony DADC from the domestic music market has led to some concern about the capacity of the distribution sector, where the main UK-based players are Proper, Cinram Novum, PIAS and Plastic Head. Sony DADC continues to service Universal Music UK under the terms of its agreement.

It follows reports in the US that rapid consolidation has effectively left just one main distributor, Direct Shot, supplying physical music retail. The US market has shifted heavily towards streaming.

“The [UK] distributors that are left are all talking to each other about addressing these concerns,” said Hill. “I've had regular meetings with people that you might call my competitors, to talk through what do we all collectively think is the capacity in the UK – and I think there is still plenty of capacity.

“You’ve only got to look at the US, where the market consolidated and contracted so far, to the point where there was only one option. So you end up with a situation where, I believe, that that you can put a large part of the decline of physical in the US down to a lack of supply rather the lack of demand. That's one of things I’m nervous about in the UK. But people have got options and there's enough capacity to go around for everyone.”

Proper’s growth during Q4 was in both CD and vinyl.

According to the BPI, overall physical unit sales were down 22.8% year-on-year in 2019. But after a blip last year, vinyl sales ended up increasing by 4.1%.

“I reckon nearly a third of the warehouse space now is devoted to our vinyl picking,” said Hill. “It still seems to be on the increase – not the increases we’ve seen in previous years, but still looking very positive.”

Proper is nominated in the Sales Team category at the Music Week Awards.

“It’s always great to be recognised,” said Hill. “It’s tough competition when you look at the other people in there. We offer a really good service and hopefully our reputation goes before us.”