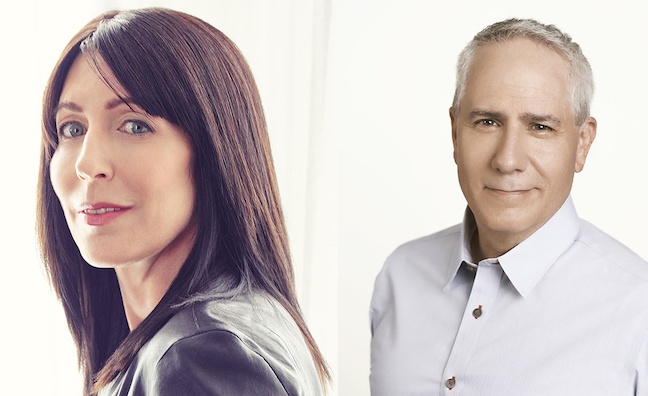 Republic Records has upped both Wendy Goldstein and Jim Roppo to the position of co-president.

LA-based Goldstein has served as president of West Coast Creative since 2019. New York-based Roppo has been EVP and GM since 2018 and is based in the label’s New York headquarters.

Republic co-founder Monte Lipman said: “Wendy and Roppo together are the ultimate dynamic duo. Their leadership spearheading groundbreaking releases and historic campaigns has captured the imagination of our industry while making a tremendous impact on popular culture. I’m thrilled to make this announcement as we embark on the next chapter of Republic Records.”

Label co-founder Avery Lipman added: “We can always rely on Roppo and Wendy to not only exceed expectations, but shatter them entirely. They’ve been integral to our success up to this point and will be even more crucial to the evolution of our company.”

Goldstein, who joined Republic in 2009 as an A&R consultant, has worked closely with Ariana Grande, Julia Michaels, Enrique Iglesias and The Weeknd. She signed acts including Billy Porter, John Legend, Jonas Brothers and Kim Petras.

“I’ve been very lucky to work with Monte, Avery, and Republic for over two decades now,” said Goldstein. “To say it’s been an unbelievable ride is an understatement! They’ve shown me the utmost support and confidence at every turn and continue to inspire me. I’m looking forward to this amazing new opportunity alongside my good friend Roppo as we usher in Republic’s next era.”

Roppo has been at Republic for almost a decade. He was EVP of marketing & commerce until 2018.

“There’s no other company like Republic. Monte and Avery empower everyone around them to excel at an unparalleled level,” he said. “The last 10 years have been unforgettable, and I’m thankful for their continued trust and belief as I join my incredible co-president the one and only Wendy Goldstein in this new role.”