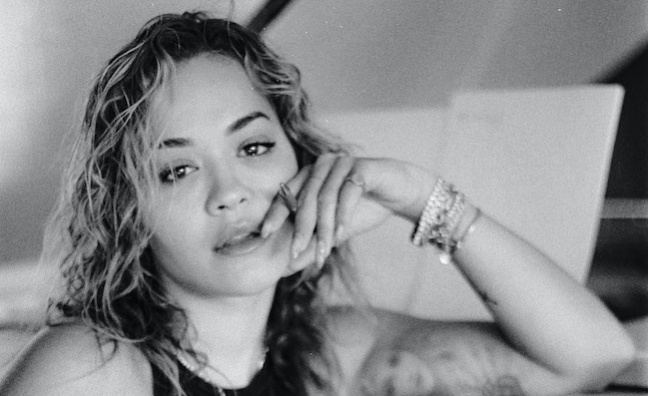 Rita Ora has partnered with BMG to release her future recordings.

The deal will allow Rita Ora to retain ownership of her master recordings. Her previous 2018 album, Phoenix, was on Atlantic.

The multi-billion streaming artist announced the move on her socials: “I’m THRILLED to announce that I am partnering with BMG!!! I couldn't be happier that they will be my label family moving forward. Their approach to artist ownership and control is very much aligned with mine, and it’s so empowering to know that I will own all my master recordings that I make from now on. I also feel so motivated to be working with such a dynamic, creative, forward-thinking global company.”

I’m THRILLED to announce that I am partnering with BMG!!! I couldn't be happier that they will be my label family moving forward. Their approach to artist ownership and control is very much aligned with mine… pic.twitter.com/emtp7I8Jem

Jamie Nelson, BMG VP A&R UK, said, “Rita Ora is an exciting and enduring multi-talented artist with the ability to connect across many different platforms. We’re excited to get cracking.”

Alistair Norbury, BMG president repertoire & marketing UK, said: “We are delighted that Rita, one of the smartest artists operating today, has chosen BMG’s distinctive approach which puts the artist in the driving seat. Rita is unique among UK artists in the breadth of her activities, from music to TV, film and business, something normally only associated with US artists like Lady Gaga and Beyonce. We look forward to helping achieve her ambitious goals.”

Sarah Stennett, Rita Ora’s long-term manager, said: “Rita has always been an artist and creator of ‘Firsts’. She started releasing music in her teens and has released some of the biggest hits of the decade. Her deal with BMG marks a new chapter for Rita where she can deploy the confidence and knowledge of her artistry and audience in navigating the next phase of her career with her at the helm. I’m so proud of the past 10 years we have worked together and I’m so excited for people to hear the music she’s been creating.”

Rita Ora’s TV career has seen her perform as a judge in the UK on X Factor, The Voice and, currently the third series of The Masked Singer, as well as America’s Next Top Model and two series as a judge on The Voice Australia. As an actor she appeared in all three films in the Fifty Shades of Grey trilogy.

Ora has partnered with Adidas, Tezenis and Escada, had endorsements ranging from Calvin Klein to Superga, DKNY and Roberto Cavalli, and in 2019 launched Próspero Tequila with Conecuh Brands, where she serves as chief creative partner.