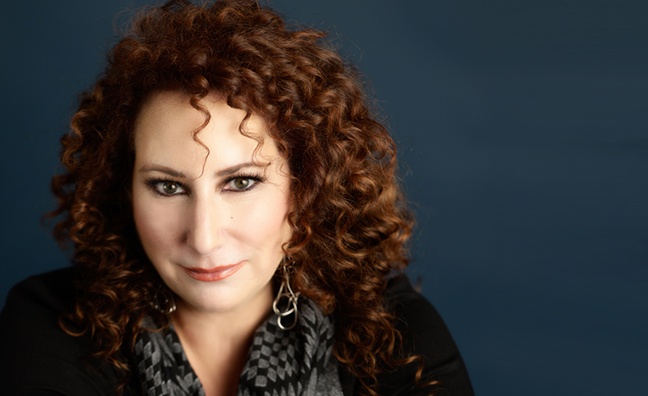 In the new edition of Music Week, we speak to Deborah Mannis-Gardner. While her official title is owner/president of DMG Clearances, to many of the biggest artists in the music industry she goes by an altogether different appellation: The Queen Of Sample Clearance.

Since 1990, Mannis-Gardner has worked on clearing samples for a host of high profile releases: from Notorious BIG’s Life After Death all the way through to Kendrick Lamar’s To Pimp A Butterfly and, most recently, Eminem’s surprise No.1 album Music To Be Murdered.

Over the years everyone from Jay-Z and Beyoncé to Drake, Nicki Minaj and Frank Ocean have sought her services, which also includes work across TV shows and films (such as Dr Dre and Jimmy Iovine’s HBO series The Defiant Ones) plus theatre (Lin-Manuel Miranda’s Hamilton).

In the feature, Mannis-Gardner’s extolled the virtues of sampling to the business, both creatively and financially, and explained why she’s so ardently against sample clearance becoming solely a millionaires’ game.

“Sampling is an art.” Mannis-Gardner told Music Week. “People now have the ability to make a song on their phone, on their computer, in their homes and that’s something we all praise. But we need to also look at the samples that are utilised to create these new songs. The [fees] cannot be astronomical because then it’s killing something that might be really phenomenal. So these are the conversations I have with people: ‘Wouldn’t you rather have a fair, small percentage of a song instead of taking the whole thing and making it so astronomical they can’t afford it?’ Sampling is here to stay. People just need to keep it real and not overcharge for things. Everyone has been telling me for years that there’s going to be a decline... And I’m not seeing a decline in the number of samples on an album. I don’t think people are taking a whole song and using it as a whole bed of a track, I’m not seeing that anymore. People are using elements, using pieces, using it as a means of seasoning their song.”

Sampling is here to stay. People just need to keep it real and not overcharge for things

Yet, Mannis-Gardner doesn’t just fight for artists to get access to samples, she also defends their use. Many have mourned how some classic, sample-heavy records simply couldn’t be made anymore financially. Take DJ Shadow’s Endtroducing, which entered The Guinness Book Of Records for being “the first album to be recorded using only sampled sounds”.

Last year, DJ Shadow spoke to Music Week about the increased litigation surrounding sampling which has made “the art form illegal and dangerous”, as well as the fears faced by artists following the precedent of the Robin Thicke/Pharrell Williams vs. Marvin Gaye Family Blurred Lines case

Music Week asked whether Mannis-Gardner, who has previously stated that ‘inspiration is not copyrightable’, has changed the way she operates given that the Blurred Lines case seemed to disagree with her.

“In the beginning, we had clients coming to us saying, ‘I have a Blurred Lines situation’, and I would say, ‘No, you either sampled or interpolated something or you didn’t’," said Mannis-Gardner. "I don’t think it’s changed, I think Marvin Gaye’s estate is more particular about requests now. I was not part of the case; I’m not an expert witness, nor did I want to be, I was just giving my opinion on that. It hasn’t changed my opinion.”

Subscribers can read the full interview with Deborah Mannis-Gardner here.