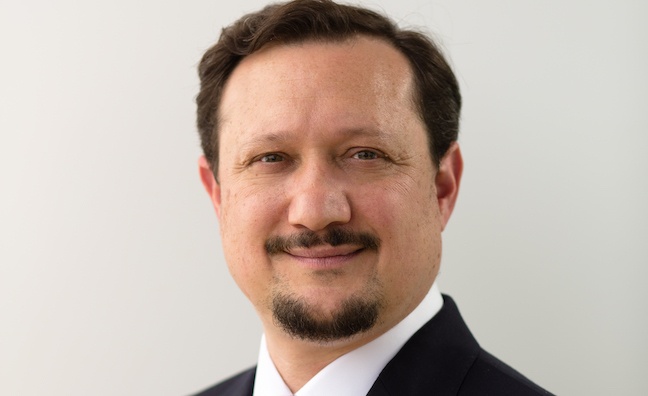 The Saudi Music Commission has appointed Paul Pacifico as CEO.

That’s quite a change of scene for the executive, who has been representing British indie labels for the past six years as CEO of AIM. There had been some speculation that he might take the vacant post at the BPI.

In his new role, Pacifico will be responsible for developing the Kingdom’s music sector in line with the National Culture Strategy. He will be based in Riyadh.

Pacifico will assume his new role at the Commission from January 2023.

During his time at AIM, he initiated the Music Climate Pact, developed with the support of the UN Environment Programme, which brought together key industry leaders to take collective action to reduce the music sector’s greenhouse gas emissions, mitigate its contribution to global climate change, and ignite action on the climate crisis.

Prior to that, he was CEO of the UK’s Featured Artists Coalition (FAC) and the founding president of the International Artist Organization (IAO).

Pacifico is associate professor at Berklee’s campus in Valencia, Spain and has served on the boards of English National Ballet, UK Music, Creative UK (formerly the Creative Industries Federation) and the Music Advisory Board of London’s Roundhouse, as well as international music organisations IMPALA and the Worldwide Independent Network.

Paul Pacifico said: “Time and time again, music has been shown to be a powerful and sustainable enabler across both cultural and commercial development. It is truly remarkable to see the level of support and the pace of change within Saudi Arabia as it builds a strong music sector for all to participate in. The opportunity to help in that journey is a huge privilege. I look forward to working with my colleagues in the Music Commission to build a vibrant, inclusive and effective music sector as a key part of the ongoing cultural transformation in the Kingdom, led by the Ministry of Culture."

The Saudi Music Commission is one of 11 sector-specific commissions under the Ministry of Culture. It was launched in 2020 to oversee the development of the Kingdom’s music sector.

In a statement, the Commission’s aims were outlined as enriching the music sector in the Kingdom by developing its ecosystem through “building world-class infrastructure, providing universal access to music education, empowering musical talent, creating job opportunities, and increasing the sector’s contribution to the economy”.