'She's marvellous': Fay Hoyte up to marketing director at EMI 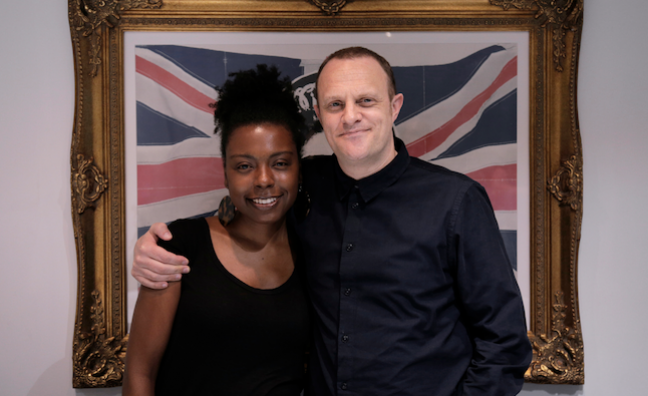 Fay Hoyte has been promoted to marketing director, EMI, as exclusively revealed in this week's edition of Music Week.

The exec previously served as senior marketing manager after joining Virgin EMI in 2014 under president Ted Cockle and managing director Clive Cawley. Hoyte will report to Cawley in the new role.

Hoyte said: “I definitely want to make my mark on the role. Clive Cawley has been a brilliant boss and has always trusted me and allowed me to develop. He knows he can leave me to handle any situation.”

Cockle added: “Fay has a wonderful understanding of everything historically within American hip-hop and R&B culture and is completely on trend with the frontline of new British urban space as well.

“She’s been around mainstream pop stuff, dealing with Emeli Sandé and Shawn Mendes from the very start. She’s marvellous with that.”

Hoyte began her career on East West’s street team before securing a role at Ministry Of Sound. She then served at Virgin and Sony before joining Virgin EMI in 2014.

I definitely want to make my mark on the role

Referring to the promotion, Hoyte said that the industry is “starting to see women moving up the ladder, but there is still work to be done.”

The new role will see Hoyte continue to work across Def Jam projects including Pusha T, while she will also seek to grow EMI imprints Straight Forward Music and Lost Ones.

“I love working on all types of acts across genres, but there’s something special about seeing a UK act have success,” Hoyte added.

Hoyte also praised the atmosphere among the Virgin EMI team, saying, “Everyone has a voice."

For the full exclusive story, including the only interviews with Hoyte and Cockle, pick up the new edition of Music Week, out now.

Subscribers can read the story here.