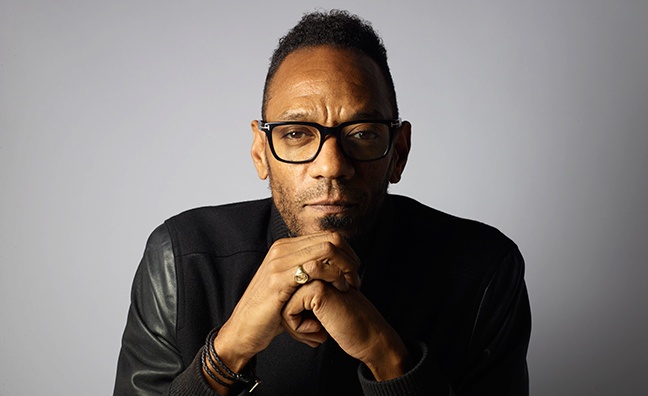 But one name was tragically absent. It was Beese who signed Amy Winehouse to Island Records and A&R-ed her two albums for the label, 2003’s Frank and 2006’s all-conquering Back To Black, which went on to sell over 12 million copies worldwide.

Winehouse may be gone – the singer died tragically of alcohol poisoning in 2011 – but she certainly isn’t forgotten. And Beese – who gave a great speech at the record-breaking 2019 Music Week Awards – used part of his career-spanning Music Week cover story this week to reminisce about his time working with the iconic singer-songwriter.

Here, Beese sits down with Music Week to talk about discovering the greatest singer of her generation, the Oscar-winning Amy documentary and why you could never tell Winehouse what to do…

How did you first find Amy?

“Producer manager John Campbell came to play me his producers, the Lewinson Brothers’ showreel. It had lots of bits and pieces of artists they were working on. A song comes up and I go, ‘Stop, rewind that, who is that?’ And he says, ‘I can’t tell you, we’ve been sworn to secrecy’. So I had to go on a mission. I was able to kind of pin it down and find out that the two Nicks, Nick Godwin and Nick Shymansky were managing her out of 19 Management. I arranged a meeting with another manager there, then went and found Nick and it was meant to be, Amy was in the room as well. The attitude that the world saw was the same attitude I had encountered in that moment with her sitting on the floor, when I introduced myself to her. She must have been 17-18 at the time and the only word I could say was that it was a dope moment. Inexperienced as I was, I knew that she had the potential of greatness there. One hundred per cent.”

She certainly fulfilled that potential. But it must have been a wild ride…

“It was, definitely. Because you couldn’t rein her in, you couldn’t tame her and there was no point in trying to. She wouldn’t comply, rightly or wrongly, and with the benefit of hindsight that’s someone that knows her sense of self. I know that some of the product managers that worked with her were trying to apply their opinions but you would basically just lose her trust. She was one of those artists where you just had to get out of her way. The only thing you had to do was go, ‘Amy, enough’s enough, you need to leave the studio now and let the record get made’. Live it was always a stress, because she would never sing the song the same way. No matter what you heard on the record, she would never sing the song that way ever again and she would never sing the song the same way she sang it the night before. She taught me that skill; to just get out of the way and allow their process to take place. Some people need hands-on, they need leading and some artists don’t, you’ve just got to get out of the way –and that’s what I did with Amy.”

Weren't you were about to resign from the label until you heard the Back To Black demos?

“Yeah. Obviously, I’m not one to throw my toys out of the pram (laughs) but I was ‘cold’, there was a change at the record company and I didn’t like what was coming. So I handed in my resignation and that week I was flying to New York to see Amy and Mark Ronson to hear what they had been doing. I got to the studio and Mark played me four or five songs and the first one was Rehab. And I remember, after finishing the songs, thinking, ‘How do I withdraw my resignation?’ I came back with the songs and remember playing them to [then Island A&R, now UK president] Louis Bloom first. I played him Back To Black and his reaction said everything. I said, ‘I ain’t going anywhere!’ How different the world could have been!”

Did you expect her to have such an impact?

“Maybe not on the world, but on people. I just didn’t know how far that would spread, but I knew she would have an impact. Some artists have that ripple effect that can just keep going and reach as wide an audience as possible, and Amy had that. That journey that I went on with Amy then showed itself in terms of what we did at Island years later. The team at the time were brilliant and we just went on this run. And then Amy passed. It was just an awful time. Someone that you’d worked with and knew passing away so tragically, that was rough.”

How important was the Amy documentary to her legacy?

“I remember [Universal Music UK chairman/CEO] David Joseph saying to me that it was important that Amy’s legacy should be preserved, and that people should know the real Amy. People should know the genius that she really was and not just this tabloid pin-up, which wasn’t Amy – that was the drugs. The film helped clarify things for people; she was a musical genius but, at the heart of it, she was a normal human being that had problems from a young age. The pressures of the business from all quarters took its toll and it’s good to see the business learn lessons from that. You hear the words ‘well-being’ and ‘duty of care’ a lot more now, and that’s a good thing.”