Sony Music's Charles Wood on streaming growth, breaking acts and why it's time to rethink catalogue 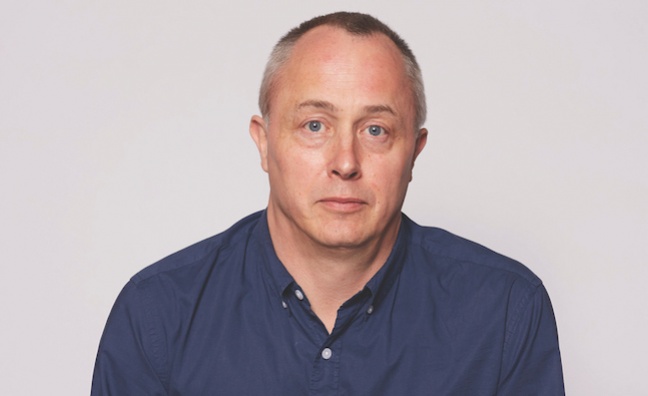 Streaming once again helped to deliver significant market growth in the UK during 2022.

In the latest edition of Music Week, our market analysis takes in the main trends with key insights from execs including Charles Wood, VP of market planning and sales at Sony Music UK.

Sony Music label RCA, headed by president David Dollimore and EVP Stacey Tang, was once again the No.1 streaming label of the year. RCA had success in 2022 with Cat Burns (alongside Since ’93) as well as albums from Little Mix, Beyonce, Doja Cat and Sza, whose digital-only SOS LP continues to be a streaming smash in 2023.

“The RCA team are fantastic at maximising the potential of every release and have a fundamental understanding that streaming’s long tail means engaging fans for the long haul,” Wood told Music Week.

In terms of the overall market powered by DSPs, the BPI reported growth of 8.2% to 159 billion audio streams in the UK last year. But there are now economic challenges as well as the natural limits to market penetration.

“The UK streaming market continues to mature, which means we see a much wider variety of people utilising streaming platforms, and it’s fascinating to see how consumption tastes shift as streaming has entered the true mainstream,” said Wood. “Despite the external economic challenges consumers are facing, streaming offers fantastic value for money and gives you pretty much all the music in the world. The streaming market continues to grow, but we can’t ignore the fact that we’re a mature market and as a result, growth is slower for us than some developing markets.”

“At Sony Music everything starts with the artist – and that’s especially true with an artist like Harry,” said Wood. “He’s a superstar. Not only in terms of the music he creates, but his wider creative vision – all of which fuels his campaign. Visuals, live shows the formats, pop up shops – all of it stems from him.

“He also has an incredibly loyal and dedicated fanbase. He and his team really value that fandom - so it was always important to make sure they were catered to and felt a part of the Harry’s House campaign. Fan-first initiatives were a key component, through a strong CRM campaign and the Harry’s House website, which took fans on a journey of clues at different stages of the campaign and kept the fans engaged and energised.”

In fact, titles 18 months or older claimed seven out of the Top 10 albums of 2022. Sony Music is currently working on Whitney Houston's catalogue, with the classic hit I Wanna Dance With Somebody (Who Loves Me) returning to the Top 75 following the release of the new biopic.

Based on the OCC’s All Music All Albums market metric, Sony Music Commercial Group was the biggest of the catalogue-based UK labels, and it increased streaming consumption by 14% year-on-year compared to 8% market growth.

Wood said the switch to a music consumption model is a natural opportunity.

“The term catalogue is not something we identify with any more - it originated in the days when sales reps visited stores with catalogue of older releases that were often sold at a discount,” he explained.

“Music is now universally available, discoverable and shareable. [Sony Music] Commercial Group build campaigns for an artist’s repertoire around their relevance not their recency. Any number of things can recontextualise an older hit or break a hidden gem. These can vary from tracks exploding out of trends on social media, celebratory moments around anniversaries and milestones or big cultural events like Christmas and tours.

“Running alongside this they also develop comprehensive, long-running plans for iconic artists with tentpole elements around lavish reissues catering for both hard-core fans and casual consumers alike. And, of course, they also help with artists returning with new music by re-engaging fans with earlier recordings and bringing in a new audience, if possible, to hear the classics before new music is dropped. It’s an exciting world where music is neither defined nor restricted by its age – and the opportunities are boundless.”

Of course, TikTok has become a key part of that process, both for new music and established hits. The video sharing app helped Tom Odell reach the Top 10 with 2012 single Another Love (Columbia) at the beginning of this year.

“Tik Tok is another platform for discovery with many users using it as a method to find music,” said Wood. “Music is about moments, and social media platforms create new moments and associations with music every day – they are key tools in surfacing those hidden gems or recontextualising older hits. They also show us how music connects different groups, and we can see how trends move across different fandoms and connect with different people in different ways.

“In terms of creative impact – these platforms also allow artists to connect with their fans in a very intimate manner. There’s a tighter feedback loop between artist and fans than we’ve ever seen before – with fans often consulted on the creative process.”

Wood said the outlook for the year in terms of talent is strong with “fantastic new artists… already hotly tipped by media and our sales partners”, including Venbee, Katie Gregson-MacLeod, Biig Piig, Mimi Webb and Cat Burns.

“We also have brilliant new music from returning artists including Tom Grennan, Joy Crookes and Bring Me The Horizon,” he added. “The first solo music project from Jade Thirlwall is also hugely anticipated.”

However, the biggest challenge for a UK breakthrough act is taking that to the global level to achieve the kind of success that Harry Styles managed in 2022.

“The UK has always been a significant cultural and economic exporter,” said Wood. “It’s easy for people to see the global superstars Britain produces, but there’s not always enough recognition of the financial commitment and time, effort and energy that goes into executing each artist campaign.

‘Over the past few years, following the pandemic and return to ‘normal’ life – we’ve seen some interesting developments for UK artists breaking globally. But the pandemic, and its aftermath, also highlighted the importance of fostering local fanbases – live music and building those direct relationships with fans was that missing piece that we all felt across 2020 and 2021. Seeing artists back on tour, interacting directly with those fans, shows us how much people still crave those face-to-face interactions.”

For Wood, “live is so often where people build those important memories” of experiencing a significant music moment.

“It’s a competitive environment these days,” he added. “It’s essential that we take a very focused approach to continuing to invest heavily in emerging British talent and developing bespoke plans for all our artists. Again – it always starts with the artists – each is unique, as will be the opportunities and challenges for them.”

Subscribers can read our market analysis report from the new edition of Music Week here.