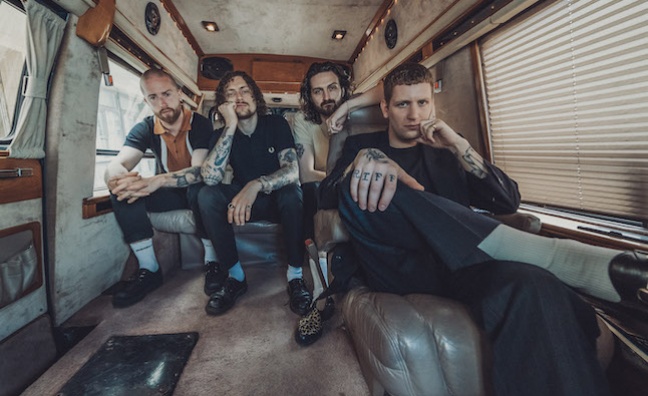 Following their debut album This Time Next Year, released independently in 2021, the band have signed a worldwide deal for follow-up Here's What You Could Have Won.

This new studio album will be released on September 23, 2022 via Spinefarm, and will feature comeback single New England with a guest verse from Bob Vylan.

Kid Kapichi front man, Jack Wilson, said: "The title, Here’s What You Could Have Won, sums up the feeling of missed opportunity. Being dragged right at a junction when you know you should be going left or screaming at the TV whilst someone picks the wrong answer on a game show. It looks inwardly at the UK and the decisions that have been made and how they have affected us all.”

Lead guitarist, Ben Beetham, added: “It’s not a concept album but it does have a running theme. We like to write songs about current affairs and what direction the world seems to be turning. As a result, we write as close to the deadline as possible to keep it relevant.”

Spinefarm has been part of Universal Music since 2002.