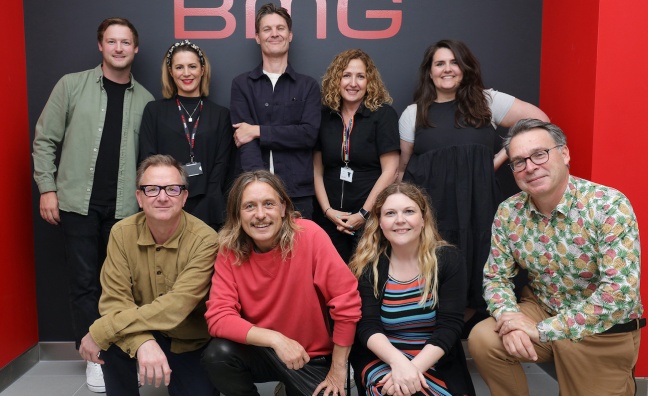 The agreement spans from new recordings to the publishing of his future solo works and songs written with Take That.

Owen, who as part of Take That sold over 45 million albums alongside a solo career, released his new single You Only Want Me on May 19. The track is the first taster of his first solo record in almost a decade, Land Of Dreams, set for release on September 23 via BMG.

Mark Owen said: “I am super excited to sign with BMG, they are a great team full of inspiration and ambition and I can’t wait for the world to hear my new record.”

Chris Dempsey, UK Managing Director at YM&U Group, said: “Mark is an artist at the peak of his powers and his new music is incredible. It was important to him that he joined forces with a team who shared his creative vision and passion and in BMG he's definitely done that.”

Alistair Norbury, BMG president repertoire & marketing UK, said: “We are delighted to welcome one of Britain’s best-loved artists to BMG, both as a songwriter and recording artist. With a 30-year career behind him, Mark has a unique ability to connect with music fans of every generation. It’s a pleasure to work with him.”

You Only Want Me was written by Mark Owen and PureCut/BMG songwriter Will Bloomfield (The Vaccines, Freya Ridings, Tom Grennan, Holly Humberstone) and was produced by Jennifer Decilveo (Miley Cyrus, Marina, Anne-Marie, Demi Lovato).

Owen also announced a short UK run of dates, visiting Bristol, Manchester, Glasgow, and London. The Land of Dreams tour kicks off in Bristol on October 16.

As part of Take That, Mark Owen won eight BRIT Awards, scored 12 UK No.1 singles, eight UK No.1 albums, sold over 45 million records, and played live to millions of fans around the world.

Owen released his first solo album, Green Man, after the band first split in 1996, and, since then, he has released a further four solo albums. His last, 2013’s The Art Of Doing Nothing, was his highest-charting album to date.