The team behind #TheShowMustBePausedUK on music's fight against racism 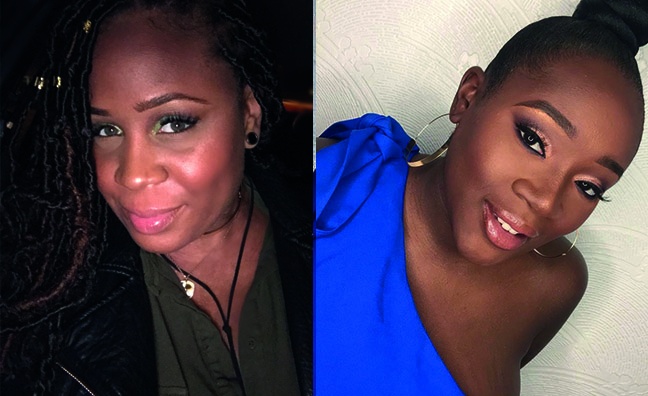 Whitney Boateng and Afryea Henry-Fontaine have told Music Week they are making history with #TheShowMustBePausedUK campaign, as the music industry steps up the fight against racism.

Last week, the global music business shut down for Black Out Tuesday, with Warner Music Group, Universal Music Group and Sony Music labels among the companies declaring their support, and Boateng and Henry-Fontaine said this is just the beginning.

The pair are part of a group of executives leading #TheShowMustBePausedUK campaign, which is running in conjunction with its US counterpart, led by Jamila Thomas and Brianna Agyemang.

“As a music community, we are anchored at the heart of Black culture, and our industry has an unrivaled role and responsibility to help lead society out of crisis and onto the path of true justice and equality.” Jon Platt, Chairman & CEO, Sony ATV

“Afryea and I are working in unison with the US campaign,” Boateng told Music Week. “We were having conversations with different people in the industry, black and white, and I started a group chat with another black music executive and we decided to add a few people to see how we could talk about rallying for change.”

“Black people are in mourning all over the world because we just saw one of our brothers murdered on telly. Mentally, the majority of us are not OK,” Boateng added. “Yes, we did need a pause, but this is not a one-day issue. We must continue to do the work. A lot of companies have said they value black lives, now I need to see follow-up action.”

Boateng, who began her career with Renowned Management, said “education is brilliant, but action is more important”.

We want change that will last for years and be generational

“There’s room for philanthropy, there’s room for black promotion, that all needs to be addressed and changed,” she said. “It doesn’t stop with a hashtag. I want to see gradual steps to black lives actually mattering. The good thing about everybody posting online is that they now have to be held accountable. We want change that will last for years and be generational.”

Henry-Fontaine explained that she compiled a list of resources alongside her Virgin EMI colleague Fay Hoyte, which was then distributed company-wide.

“The expectation for us as black executives is to push through, to keep going,” Henry-Fontaine told Music Week. “I didn’t feel able to do that, so I reached out to HR and the head of communications as well as the president at my label to say, ‘I’m not OK and this is why, and I’d really like to hear what can be done to support other black staff who I assume are feeling the same way’. That’s where it kicked off.”

Henry-Fontaine also outlined the challenges ahead. “A lot of stereotypes have been pushed out about black women, that we’re too opinionated, angry, sassy... All these terms are apportioned to us before we walk into a room,” she said. “That suggests that we’re a monolith. We’re not a monolith, all of us are different, we have different characteristics and we bring different things to the table. There’s this underlying assumption that we’re all the same and that’s a big challenge.”

This is a historic moment and change is inevitable

Henry-Fontaine said Black Out Tuesday was “a day to reflect and re-engage with the black community and open minds”. The team behind the UK campaign are planning the next steps of #TheShowMustBePaused and Henry-Fontaine is optimistic about the future.

“This is a historic moment and change is inevitable,” she said. “But it will be about willingness, continued dialogue and ensuring that we hold these companies accountable. It’s not a quick fix, but I’m definitely optimistic that change will come.”

Read the interviews in full, along with the words of Ray Blk, Curtis Sharkey, Kwame Kwaten, Kanya King and Keith Harris, in the new edition of Music Week out now.