The Ultimate Seminar partners with Warner Music UK and LIMF 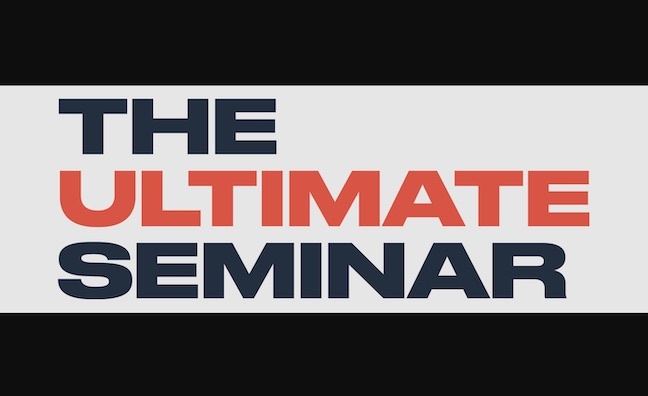 The Ultimate Seminar is back for its 12th consecutive year next month.

The event from Cre8ing Vision aims to inspire and engage with the next generation of music professionals.

This year there will be two seminars, including the first ever live regional event, hosted at Liverpool’s Philharmonic Hall on Saturday, September 25. Details of a second, virtual event are yet to be confirmed.

Tony Harlow, CEO, Warner Music UK, said: “We’ve always believed strongly in The Ultimate Seminar and its ability to help the next generation of music industry talent learn, grow and build valuable connections. We’re excited to be partnering with the Cre8ing Vision founders, Nicki, Andrea and Kwame, to take the event outside of London so that even more young people around the country can have access to this incredible resource. We hope the Liverpool event is the first of many that we’ll contribute to, and we’re excited to be part of it.”

Panels are set to include topics such as Knowing Your Business, Major Mindset, Songwriting and Artists and Cre8ive Breakers along with one-to-one consultation with A&R and legal affairs.

The event will also be used as a platform to find local creatives who are looking to break into the music industry. They will also have access to Cre8ing Vision’s mentoring and A&R Focus Group development programmes. Following the event, the LIMF Academy and Ultimate Seminar will showcase some of the top emerging artists and bands from the Liverpool region.

Kevin McManus, Unesco City of Music manager, said: "The fact that the Cre8ing Vision have chosen Liverpool as the first city outside London to host such an important event is testimony to the regard that the city is held in by the wider music industry. It is fitting that the organisers have picked LIMF Academy to partner on the event as they both share the purpose of inspiring the next generation of music talent. This event, and the planned wider activities, will open up more opportunities for all those who want to progress in the music industry in the UK."

Yaw Owusu, the Playmaker Group & LIMF Academy programme manager, said: "It is great to be partnering with the Ultimate Music Seminar to help them with their first event and projects in Liverpool. With such an undeniable wealth of emerging - and sometimes untapped - music creators and industry professional talent here in Merseyside, it's high level events like this that can really help connect the dots and help those deserving individuals progress their careers."

Cre8ing Vision said: “The Ultimate Seminar’s mission is to provide access and open doors to employment, we were never going to be a London-centric organisation. So, in addition to London, and for the first time, The Ultimate Seminar will head to Liverpool with our sponsors Atlantic Records, Parlophone Records and Warner Records.

“To expand our work, we have also partnered with Liverpool based LIMF Academy to build and facilitate more music industry insight and education across the year in the Liverpool region. Cre8ing Vision develops and finds new executive talent through all of the initiatives and programmes which remain free to access.”

Entry to The Ultimate Seminar event is free subject to availability and registration here.