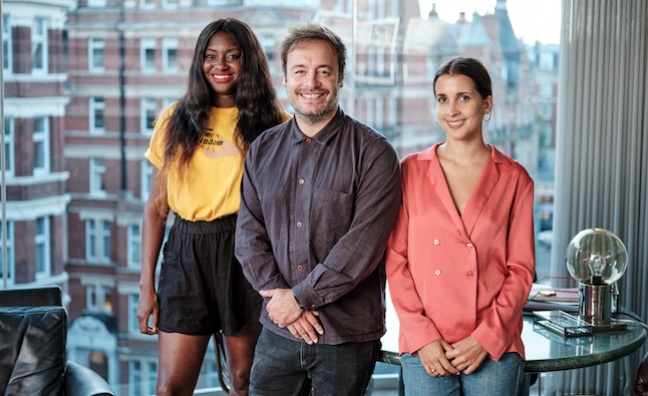 Parlophone has made a couple of big A&R appointments.

The hires are significant for Parlophone, which is being reshaped under co-presidents Mark Mitchell and Nick Burgess, who recently spoke exclusively to Music Week about the new era and a big album release from Kano.

Burgess said: "As we continue to evolve the new Parlophone, our mission above all is to be home to the most innovative and forward-thinking artists of our generation. Jin Jin and Ina both embody our values perfectly.”

Rasinger joins Parlophone on January 15 from Sony Music Germany, where she was head of A&R for the Columbia label. She has built a reputation for launching UK artists out of Germany, including signing James Arthur and taking A&R responsibility for his comeback.

Rasinger has recently worked with Rhodes and Richard Fairlie. She was also responsible for signing Tap Management’s Grace Carter to Sony Germany.

Jin Jin and Ina both embody our values perfectly

Jin Jin is a multi-platinum songwriter who has written with the likes of Jax Jones, Raye, Madison Beer, Sigala, David Guetta and Yebba amongst others. She co-wrote the Jess Glynne UK No.1s Hold My Hand and Not Letting Go (on which Parlophone-signed Tinie Tempah was the primary artist), as well as Top 10 Glynne hits Real Love and Right Here. Jin Jin was nominated for an Ivor Novello and won the inaugural Music Creative award at last year’s Music Week Awards.

She will continue to run her publishing and management company, Jinsing, while working across a broad roster of Parlophone artists.

Burgess added: “Ina’s 100% artist-driven and has one of the best A&R minds in the business. She has a gift for spotting unique talent and helping them cross over into the mainstream, and I’m looking forward to her bringing fresh ideas and a global perspective to the team.

“Jin Jin’s also a hugely inspiring character. She lives and breathes songwriting and artist development and knows how to bring the best out of every artist she works with. She’s incredibly well respected throughout the creative community, while also having a great entrepreneurial spirit.

“Their talent is undeniable, and I’m so excited to welcome them to the team.”

In the past year, Parlophone has had streaming success with the Banx & Ranx, Ella Eyre and Yxng Bane hit Answerphone and Dennis Lloyd’s Nevermind. Kano’s album Hoodies All Summer is heading for a Top 10 finish this week.