'There's huge positivity about what's to come': Mark Mitchell on the future of Parlophone 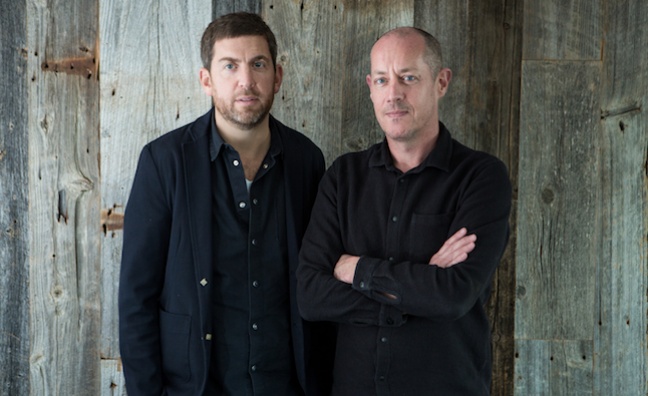 Parlophone co-president Mark Mitchell has spoken exclusively to Music Week about his vision for the label.

Almost five months since taking on the co-presidency, Mitchell (pictured, right, with Warner Music Group CEO, recorded music, Max Lousada) has given his first interview about the future of Parlophone. As revealed in the latest issue of Music Week, one of his first big deals is a label JV with Disturbing London.

Mitchell said he was inspired by the approach of successful indies like Disturbing London.

“They seek out the most exciting talent from the outer reaches, the outsiders who then go on to shape overall culture,” he said. “In many ways, I think Parlophone does that as well and that’s what we want to continue.”

Stressing the co-presidency set-up at Parlophone – Virgin EMI’s SVP of A&R, Nick Burgess is understood to be starting later this year – Mitchell said it was “early days” for the new Parlophone to start building its market share and reshaping its roster.

Mitchell moved from his role as GM at Atlantic at the beginning of 2018.

“Parlophone is a different animal – it’s in a bit of transitional period,” he said. “We want to be a label that artists want to sign to. We’re not going to sign hundreds of acts, we’re going to be quite choosy in what we sign. But we’re going to do the very best job. As a reasonably small label, as Parlophone is at the moment, you can’t do too much quickly – it does take a while, and it’s down to the artists and the staff.”

As a label, we’re very conscious of the incredible history and the heritage

“It’s great – to a certain extent we’re all judged by hits and at the moment we’re doing well,” he said. “We’re doing well with David Guetta [Flames], we’ve just had that Bebe Rexha hit [Meant To Be] and Banx & Ranx [Answerphone] at the moment. We’ve got three or four really healthy bubbling new acts – we’re in a really good space.”

“If I look back over Parlophone’s history and the acts it’s put out, I’d probably be too scared to get out of bed in the morning,” he added. “As a label, we’re very conscious of the incredible history and the heritage. But when you look a little bit beyond that, at every point in Parlophone’s great history they’ve always done well with signing talent from the leftfield and bringing it centre. That is what the label does. Parlophone has always been a label very close to my heart."

“Parlophone has always operated in signing the best British talent from a leftfield perspective and then presenting that in a larger way. If you go back to Parlophone’s history, I don’t think with the first Radiohead record anybody thought they would become quite the force they did. That is Parlophone’s skill set – that’s what we do – sign leftfield [acts] and present them in a really meaningful powerful way."

For the full story, including the only interviews with Mark Mitchell and Dumi Oburota, see this week's print edition of Music Week or click here and here. To subscribe and never miss a big industry story click here.