'There's no limit on how far we can go': Stormzy's manager Tobe Onwuka on the future of #Merky 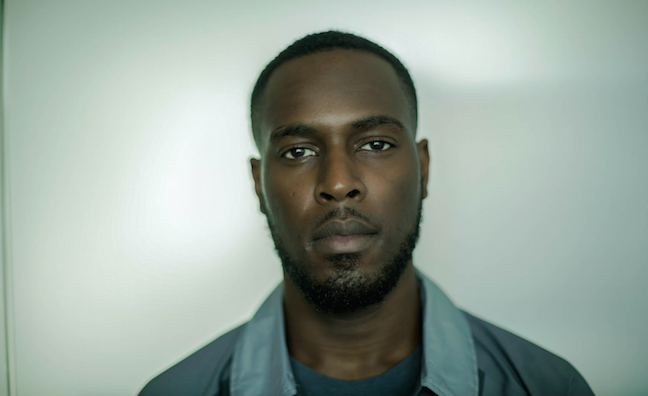 It’s been a big few weeks for UK MCs.

First there’s Stormzy who, fresh from a BRITs double and a scathing attack on Theresa May and the Daily Mail, zipped past 300,000 sales for his debut album, Gang Signs & Prayer.

Skepta has been in on the act too, starring alongside Naomi Campbell (who also presented J Hus with his recent NME Award) on the cover of GQ. And, last week, grime godfather Wiley received his MBE from Prince William, Duke Of Cambridge.

And all that without mention of the deal struck between Atlantic, Stormzy and his independent label and management company #Merky back in January.

In the new edition of Music Week, out now, we analyse the stratospheric position UK rappers currently occupy, and the changing relationship between the scene and the major record labels. #Merky founder Tobe Onwuka leads the discussion, with input from Atlantic’s co-head of A&R Alec Boateng, Sony’s director of artist development DJ Semtex and Wiley’s long-serving manager John Woolf.

Here, in an exclusive extract from Music Week’s interview with #Merky founder Tobe Onwuka – who quit his job at Land Rover to manage Stormzy – we look ahead to the company’s future.

#MERKY RECORDS/ATLANTIC RECORDS - Beginning of a new chapter. Looking forward to delivering more music, more bodies of work and to start developing and working on new talent on the #MERKY roster. Let’s work. ??????????

For me, personally, it was always the plan to grow the brand. Partnering up with Atlantic is probably a newer ambition, I mean, the day I quit my job I knew, ‘Alright, we can do something here,’ and with Stormzy’s success and expertise we can go on to do the same with another act, so yes, it was always our intention.

Could signing with a major dilute the #Merky ethos?

No, not at all. I feel like we did it in a not-so-traditional manner, where we achieved so much independently that it would be crazy, almost impossible, for Atlantic to think, ‘Oh yeah we’re coming in with our plan here…’. It’s very much a collaboration, I mean, what was stopping us from just doing it again? Anything they’re bringing to the table is just amplifying what we’re already doing. It couldn’t dilute it.

When can we expect new #Merky releases?

I can’t give any dates, but you know us, we’re full of surprises so I’d just watch the #Merky space. We’ve definitely got some things in the pipeline that I know we’re all excited about.

How exciting is it for #Merky to grow beyond Stormzy’s debut?

It’s really exciting, because, when you speak to other artists they’re probably setting targets for this year to do better than last year. Not to be pompous, but it’s really difficult for Stormzy to set targets to beat. I mean, his achievement as an independent artist and doing what he did with his debut album, it’s really hard to beat those. So I feel like us working on new acts will be [where we set] those targets and goals, what we can do with people away from Stormzy will really show how good we are at this business.

Can we expect #Merky signings to span across different genres?

I mean just listen to GSAP, we didn’t stick to grime on that. Mine and Stormzy’s taste in music is very similar, and it’s so wide-ranging that we really couldn’t put a cap on what kind of acts we work with or sign. Another thing I want to put out there is that not everybody we work with will necessarily sign. You don’t necessarily need to have control over everything, we could potentially meet the next Stormzy and I would have to understand where they’re coming from if they don’t want to sign up to something. It’s like Atlantic did [after an initial approach to sign Stormzy was unsuccessful], you don’t have to necessarily walk away because you can’t control it, you can still work next to it. We could branch out into other areas outside of specifically the creation of music.

Is it fair to say you’ve proven how far you can take an artist without the traditional structure, and now it’s a question of just how much bigger you can go?

Yeah, exactly. The reach of music has grown tenfold. Us working with a major now is in a different way completely, we’re thinking about different things and different targets and different processes. I really can’t put a limit on how far we can take this. Who would’ve thought three years ago whilst I was working on Land Rover that I’d be signing such a deal? This is definitely a step towards something bigger and greater.

Will we see similar collaboration deals with majors?

I could see it happening, but my advice would always be to do what suits your situation best. We’re coming off the back of a No.1 album, so I mean, joining up at this stage is not something that could be diluting our creative. It could influence a lot more of these kinds of collaborations, but I would only advise to do it when it is definitely right for your situation.

Subscribers can read the interview in full here. To subscribe and never miss a music biz story, click here.