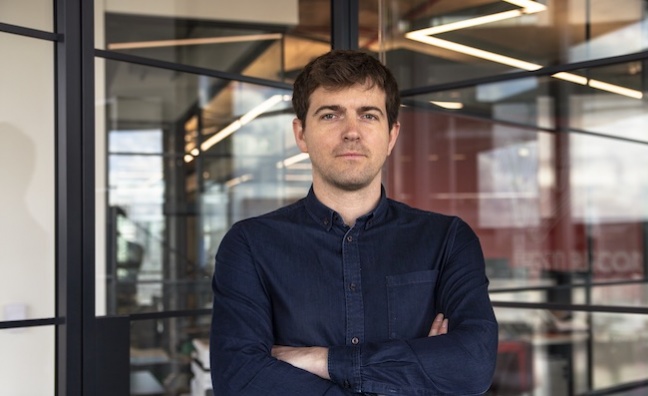 The South London rap duo are on the cover of the new edition of Music Week, and a revealing interview tells the story of a record that deals with loss and mental health that they hope will make a significant impact on the scene they helped develop.

Krept & Konan’s highest singles chart finish came with Freak Of The Week (feat. Jeremih), which peaked at No.9 in 2015 and has 725,939 sales to date, according to the Official Charts Company.

Their past collaborators range from Ed Sheeran and Emeli Sandé, to Rick Ross, Stormzy, J Hus and Skepta. Virgin EMI has enjoyed success with Hardy Caprio and Mostack since Krept & Konan’s 2017 double mixtape release, and Rivalland said their return marks a big moment for the UK.

“They’ve been away for a little while, but we know Krept & Konan have broken all sorts of records in the past and they’ve got a big fanbase,” he said. “They’ve expanded their portfolio with a big TV look on The Rap Game UK and been beamed into living rooms across the country, that’s been promoting a lot of discourse and raising their profile really nicely.”

The pair launched their new campaign with Ban Drill and were invited to debate police censorship of music in Parliament by Diane Abbott MP. Here, Rivalland looks ahead to what he promises will be a blockbuster return.

Why are Krept & Konan so important?

“They’re pioneers. Where it’s now becoming commonplace to have big US features, they had Rick Ross on their album in 2015, that was unheard of. It just wasn’t happening. UK rap’s landscape has changed but they’re really the pioneers. Freak Of The Week with Jeremih, I can’t remember a UK rap single with that big an American star on it before that. They paved the way for a lot of people, that’s why people are respectful all the time about them.”

How do Krept & Konan stand out from the crowd?

“Across the scene, anyone who was anyone had the pink and blue packshots from 7 Days and 7 Nights up on social media. Just look at the features on those albums, Skepta, Stormzy, J Hus, Abra Cadabra, Tory Lanez, Jhene Aiko. They flew above the crowd at Alexandra Palace. They elevate themselves above the rest because of these things. They’re doing things differently and continue to be trailblazers. When they came to us with this record they wanted the first single to be Ban Drill, they wanted Rapman to direct the video, he’d just signed a deal with Roc Nation. They did that and then Diane Abbott invited them to speak at parliament, that’s not the usual state of play for most MCs. That was quite incredible being there and hearing a debate about drill. They’re pushing the envelope.”

They paved the way for a lot of people

Is there a different MO for this campaign then?

“There’s a lot of heat in the market for this genre so you can be pretty confident with your marketing, you don’t have to be too cautious. They’re a well known name, they’ve been around for a little while, they’re on TV, they’re playing the O2, so we can be quite bullish. Then we can use the multiple touchpoints they have, like their Crepes and Cones restuarant, we can use those sorts of things to do marketing initiatives. There’ll be solid outdoor, a lot of digital, an event closer to the release, preorder bundles with tickets. Then, hopefully, an airplay and streaming hit. If we do all that, we’ll be in good nick.”