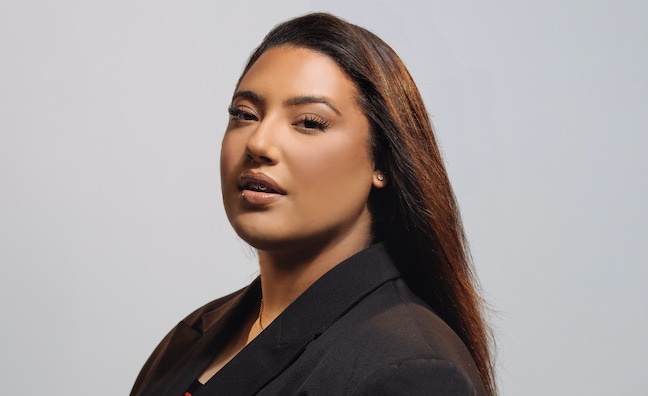 Tiffany Calver has launched a new record label, No Requests, in partnership with Polydor Records, Music Week can reveal.

Tiffany Calver is, of course, a leading UK rap tastemaker with shows on BBC Radio 1 and 1Xtra, including 1Xtra’s Rap Show simulcast on both networks every Saturday night.

As well as working with Polydor co-presidents Ben Mortimer and Tom March, Calver will be teaming up with Polydor head of marketing Jade Bradshaw on the label. Bradshaw was instrumental in the chart-topping success of Pop Smoke and Juice Wrld in the UK, as well as the streaming impact of Summer Walker, among others.

“Tiffany’s mission as a champion for new UK rap talent, and a conduit for it to connect on a global context, continues with the new label,” said a statement from Polydor.

“It’s about supporting what I believe in, the people I’m a fan of,” added Calver. “I’m more of a specialist, I’m not a party DJ. I’m picky, I’m selective, I’m credible.”

The first artists to work with Calver at No Requests are Bandokay and M’Way.

Tottenham rapper Bandokay has made a name for himself in the UK rap scene, both in and outside of his OFB collective, with breakout tracks such as the summer smash hit Slide. It has already racked up three million Spotify streams, as well as three million video views after being premiered by GRM Daily.

Slide cracked the Top 75 and has sales to date of 59,929, according to the Official Charts Company.

Nottingham rapper M’Way was hailed as one of Complex’s 24 Rappers to Watch for 2022. He was voted by the public into Tiffany’s Street Heat: Class of 2021.

No Requests is being established as an extension of Tiffany Calver’s existing work collaborating with UK artists. She’s hosted after parties with AJ Tracey in New York, invited Fredo to the 1Xtra studio for a viral Tiffany Calver Freestyle which has racked up over 10 million views, and collaborated with Drake to bring artists like Unknown T, Tion Wayne and J Hus fresh from jail to surprise fans on the Assassination Vacation tour stage at the O2 Arena.

She's established herself as a touring DJ, opening for acts including Fredo, Drake and Jay-Z & Beyonce for their London On The Run II London tour dates.

Calver’s growing stature in international hip-hop was underlined when she contributed several guest mixes on Drake’s OVO Sound Radio. She was invited to join him on his 2019 Assassination Vacation tour.

On partnering with Polydor Records, Tiffany Calver said: “It’s a real privilege to take a leap into this new chapter by partnering with a force like Polydor. A label that has a proven track-record for developing successful artists and careers, and that understands the power of combining their years of expertise with fresh ears. I am already learning so much about the business from working closely with Ben, Tom and Jade and I have the opportunity to adjoin my experience as a DJ, broadcaster and consumer to this new venture we are creating together.

“I’m focused on working with new and exciting talent who all bring something different to the table. I don’t want to sign records for algorithms. I’m not necessarily interested in what already ‘works’ or is trending. I want to champion musicians who want to make music that's true to themselves. That sounds different to what else is out there. And I want to help to provide an environment for creating long-lasting careers in the process.”

The No Requests brand was established initially through stickers and t-shirts exclusively passed onto friends and icons like DJ Jazzy Jeff and Kenny Beats. The brand name is drawn from Calver’s pet peeve while DJing.

“At the centre, it revolved around the DJing community,” she said. “But everyone can relate to it. It’s about not conforming and staying true to your art”

Polydor’s co-president, Ben Mortimer, said: “In recent years, Tiffany has established herself as one of the UK’s most important tastemakers. She already has a great track record in identifying exciting talent, and a unique approach in how to support them. We feel very lucky that she has decided to partner with Polydor for No Requests.”

Polydor’s co-president, Tom March, added: "Tiffany is an incredible cultural force in the music industry and we’re incredibly excited and honoured she's chosen Polydor to work with her on the amazing music and UK talent she has coming through No Requests.”

Jade Bradshaw, head of marketing at Polydor, said: “Over the years, Tiffany has played an important role as a tastemaker and broadcaster across many of my artist campaigns, so it’s an honour to now work with her in bringing her label to life. I'm really proud of the team we have assembled for the label - full of future stars who will each play an important part in the evolution of No Requests.”

Alongside the label, Calver will maintain her broadcast work on the Rap Show, where guests have included stars including Drake, Skepta and A-Trak, as well as her personal hero Angie Martinez.

“I’m a nerd at heart and there’s been a lack of that when it comes to radio,” said Calver. “It’s important to me to sit down with these legends and ask them the questions that as a fan I’d want to know. No ego, no bravado, just pure appreciation and curiosity”

She followed that with a sold-out Warehouse party at E1 London with Headie One, Abra Cadabra and K-Trap joining her set.