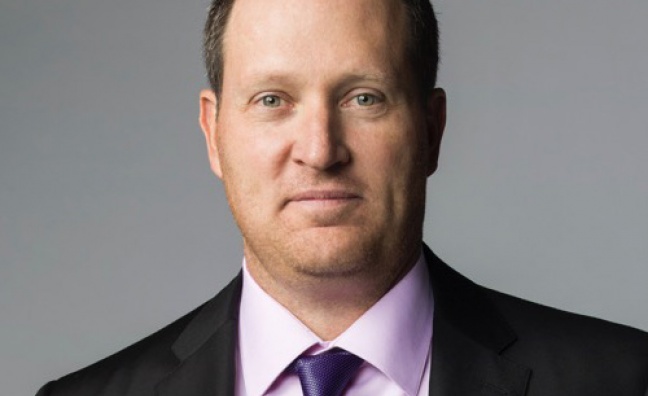 Mackay (pictured) joins Sony Music from Republic Records where he most recently served as EVP/GM of West Coast operations. He was responsible for driving the label’s film and television initiatives, in addition to signing and developing new acts.

In this newly created role, Mackay will be responsible for leading the strategy and implementation of Sony Music’s film and television partnerships, including its soundtrack deals.

“Tom is a wonderfully accomplished executive who understands how to create connections between music, film and television," said Sony Music Enertainment CEO Rob Stringer. "We are delighted that he is joining Sony Music to help us as we look to create new opportunities for artists through innovation and growth in our visual entertainment initiatives.”

Los Angeles-based Mackay, who will report to Stringer and the Sony Music US label heads, added: “I would like to sincerely thank Rob for creating this new role for me. Representing Sony Music’s iconic labels and artists across the entire film and television landscape is a tremendous honor and responsibility. I look forward to working alongside everyone within the Sony Music family in creating new and exciting opportunities for our artists in this medium.”

Mackay played a key role in the introduction and 2011 launch of NBC’s The Voice and the music released in conjunction with the show via Republic Records. He also was behind a number of highly successful film and television soundtrack projects including Fifty Shades of Grey, Fifty Shades Darker and The Hunger Games.

As an A&R executive, Mackay helped sign and oversee the development of artists including Florida Georgia Line, Eli Young Band, 3 Doors Down and Hinder. He first joined Republic at its inception in 1998 and held a number of different leadership roles over the course of his career at the label.