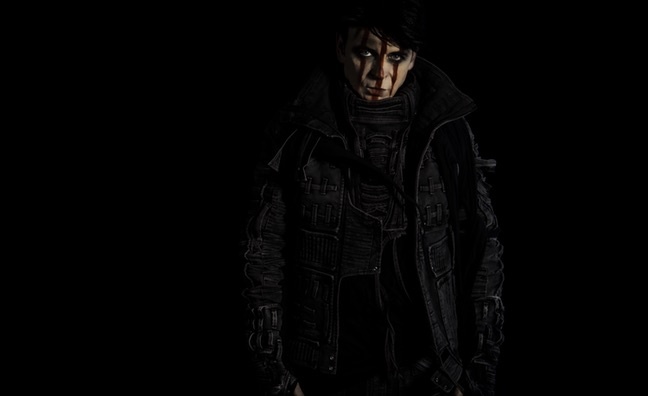 There’s a big albums chart battle this week between BMG’s Gary Numan and Polydor’s Olivia Rodrigo in the latest Midweeks.

Gary Numan reached No.2 with 2017’s Savage (43,304 sales to date) and he will be hoping to build on that performance with his new album, Intruder.

As the D2C partner, Townsend Music has been integral the Gary Numan campaign. The veteran electronic artist used the company’s Making Music platform, which enables fans to engage with upcoming releases early on with exclusive content offered alongside album pre-orders.

What are your hopes for the Gary Numan album as one of the first big Making Music releases?

“Naturally, No.1, as this has been a huge campaign for us. Any D2C album campaign hitting over five figures as Gary has is significant, and to see all the encouraging and supportive engagement on the private messaging area of the platform has been a great part of the journey. There are other huge releases released on the same week so it’ll be a close race, that’s for sure.”

How much engagement and support did Gary garner for the record via Making Music?

“Gary was brilliant at supplying engaging video content for our Making Music updates and the fans loved it. We had a tour of his studio, mixing sessions, early versions of songs, the songwriting and production process, and even talking head videos of Gary explaining if he was having bad days, blocks in creativity etc, so it was a really honest and transparent journey of the album making process.”

How is Making Music growing in terms of new campaigns and reach?

“It’s really taking shape now. Del Amitri provided us great track-by-track videos of every song talking over how the songs came together in their usual clever and very funny manner; Kyle Falconer brought in his producer Frankie to talk over his journey; Trampolene were filmed with their label boss Peter Doherty, which we teased on YouTube; and we’re just talking over cool set up ideas with James, Archive and Alabama 3. We’ve also had great stuff from Scouting For Girls and Tom Speight.”

How does Townsend now consolidate the Making Music platform's role on this record with the D2C campaign for Gary Numan?

“Gary’s initial Making Music campaign involved selling musical equipment, VIP experiences and access to exclusive content alongside the new studio album pre-order, which at the time had no artwork, tracklisting, title or concept. As the weeks and months went by, all this creatively fell into place with the fans witnessing the whole journey. As soon as the album was finished with all the artwork assets, BMG’s machine kicked in and the traditional label and retail campaign began. We enjoyed an additional spike in pre-orders by adding the album on our Numan store and retail website. With a fanbase as sizeable and loyal as Gary’s, naturally D2C will have a big slice. I guess we’ll just have to wait for the charts.”

What's the global D2C outlook for the album?

“We’ve shipped the album into 43 different countries with the Germany, Australia, USA, Canada being particularly strong.”

And, finally, how do you feel about going up against Olivia Rodrigo this week?

“Having a previous No.2 album naturally means everyone involved with the campaign wants to beat this but, with such strong competition, I feel a Top 5 album is a great achievement, especially when Gary had some quiet times during his career.”