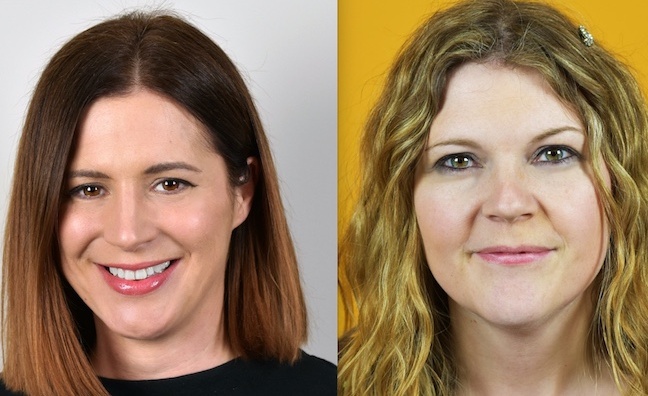 BMG has announced the promotion to VP of two of its long-serving UK executives, Lisa Cullington and Gemma Reilly.

As revealed in the latest issue of Music Week, Cullington has been upped to VP, creative from senior director, publishing. She was one of the original team members of BMG when it launched in the UK in 2009 with an initial focus on music publishing.

Reilly has been promoted from director, UK marketing to VP, UK marketing. She was one of the first appointments to BMG’s UK recordings business five years ago.

Alistair Norbury, BMG president, repertoire & marketing, UK, said, “These promotions are both a recognition of two extraordinary executives, and a reflection of BMG’s commitment to developing its next generation of leaders. Both Lisa and Gemma have a record which speaks for itself. I am delighted to recognise them in this way.”

These promotions are both a recognition of two extraordinary executives, and a reflection of BMG’s commitment to developing its next generation of leaders

Camille Purcell, signed by Cullington, was co-writer of back-to-back UK No.1s last year with Solo by Clean Bandit feat. Demi Lovato and I’ll Be There by Jess Glynne. She is currently having a global hit with Don't Call Me Up, recorded by fellow BMG writer Mabel. The track has cracked the Top 50 in more than 30 territories.

BMG is nominated in the Publisher Of The Year category at the Music Week Awards on Thursday (May 9).

In Q4, Reilly spearheaded the marketing campaign for Aled Jones & Russell Watson’s In Harmony, which became the second biggest-selling classical album of 2018. The collaboration was BMG’s first excursion into classical.

Reilly has previously been recognised in Music Week’s Women In Music Roll of Honour and Management Today’s ‘35 women under 35’ list.