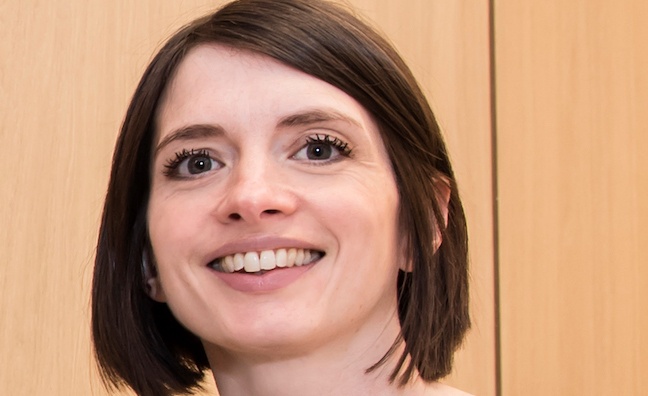 Three years on from the launch of a new strategy by the major’s chairman and CEO David Joseph, Universal Music UK acts are building their reach around the world on DSPs.

Sam Smith has broken 30m equivalent sales – how did you achieve that result?

“It’s really Sam – our role is to support them and their vision. But really, it all starts with the music. It’s timeless but also speaks to so many audiences. Capitol UK and Method Management have thought globally from day one. This has meant each album campaign has been seamlessly supported by the UK, US and international teams. In terms of success in streaming, it really comes down to Sam’s music perfectly connecting into what’s happening at that time sonically, making it relevant and exciting.”

Sam Smith is both an album artist with pop ballads but also has hits with collaborations, a pattern that goes back to their early career. Does that versatility help you?

“Unquestionably. Working with such a versatile artist as Sam is an enormous advantage. Especially where streaming is such an important platform for discovery and growth being able to draw in new audiences too with collaborations or new sonics has been really important. In terms of Sam’s global reach, versatility is also so important. Huge markets for Sam such as Korea and the Philippines connect with their ballads, and songs such as Stay With Me remain as popular there and most listened to on the radio and platforms seven years in.”

The last album was impacted by the pandemic – how is that campaign continuing?

“The pandemic meant we had to work the campaign supporting the album in a different way. For example, Sam spent hours upon hours on remote interviews and performances. They actually were able to cover more promotion and countries than they would have been able to do if they had to visit them in person. The campaign had such incredible moments with Diamonds being No.1 on the German airplay chart for three weeks and being No.1 on the European airplay chart for seven weeks. The album has sold over 4.5m [equivalent] to date.”

What's your strategy for global playlists for Sam and other artists? What are the global opportunities in the streaming era for UK artists?

“Whilst access to music has never been more global, in fact local/domestic repertoire has become increasingly more significant and the charts reflect that. It’s rare that there’s a singular global strategy. We have specific plans that speak to the audiences in each market.

“Of course, with an artist as global as Sam Smith, it might be possible to move together as one but for the overwhelming majority of artists – and especially for developing artists – the strategy varies country-by-country and we build audience, radio and playlists as we go. The opportunities are huge. An artist can break from anywhere at any time now – far more than in the past.”

Physical sales are actually going up again and vinyl is booming - what are the international opportunities for physical sales for Sam and other UK acts?

“We are seeing the same pattern globally, which is again really exciting. It gives opportunities for post-release, reaching new audiences that shop in-store and stream online and develop stronger fan connections through actual ownership.

“This is just the beginning of this trend. It’s especially a reflection of young peoples’ desire for some sort of ‘ownership’. Young fans want to immerse themselves in their favourite artists. That’s really exciting for artists’ connection with their fans.”

Universal has been expanding in Africa, Asia and South America - how can you tap into these markets and boost streaming for UK talent?

“It’s an incredible opportunity for UK artists. Already, we’ve seen evidence – as the BPI made public – of the singular success of UK artists around the globe. We look at each artist and campaign on an individual basis and strategise market by market, knowing that not everything will work everywhere. We also look at all platforms by country and make sure we’re delivering what they need to work together really collaboratively for the best possible exposure.”

What big campaigns are you working on? And is there more of a track focus now - we've seen Glass Animals break out globally…

“The huge and continued success of Glass Animals has been worked through our department with incredible global collaboration from all labels, especially Republic in the US. We’ve also had phenomenal recent success with Meduza’s Paradise – featuring Dermot Kennedy, Nathan Evans’ Wellerman, Zoe Wees’ Girls Like Us and Aurora’s Runaway, to name just a few. We’re so lucky that there is always a brilliant mixture of album campaigns and single tracks to work on at any time.”