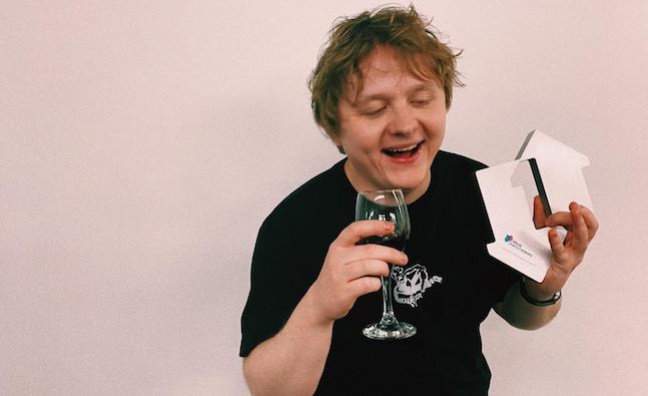 Divinely Uninspired To A Hellish Extent came out on May 17, 2019 and has racked up 901,935 sales to date, according to the Official Charts Company.

The record, which has spawned five Top 10 singles, including two No.1s, is yet to exit the Top 10 after 52 weeks on sale. It has already spent nine weeks at the top, but was No.2 in yesterday's midweeks and could be set for another return to the summit.

EMI MD Cawley said: "From a slightly bewildering Critics' Choice runner-up, a No.1 album, two No.1 singles, via two BRIT awards, a full year in the albums Top 10, and now turning triple platinum and returning to the top spot on the albums chart exactly a year from release, which also marks it’s 10th week at one... I mean, that’s him finally famous and us at Virgin EMI absolutely ecstatic to be willing and happy captives in Capaldiland."

Speaking to Music Week last Christmas after being crowned our 2019 Artist Of The Year, Capaldi said: "I remember my manager and record label having meetings and being like, ‘We want to make this album hang around’ and obviously that’s a bit of a tall order unless you’re fucking Sheeran, Adele or Drake or whatever. But I don’t think it’s left the Top 10 since it came out, which is ludicrous.

"You look at the numbers and you’re like, ‘How the fuck are people still buying this?’”

The 23-year-old Scot released a new live EP To Tell The Truth I Can't Believe We Got This Far on May 15 and was due to headline this summer's Isle Of Wight and Trnsmt festivals prior to their cancellations.

The singer/songwriter performed an acoustic live stream at his parents' house in Bathgate, Scotland over the weekend to celebrate the one-year anniversary of Divinely Uninspired... The show was staged in support of mental health initiative CALM (Campaign Against Living Miserably).

Make sure you can access vital music biz information wherever you are by signing up for our digital edition here.