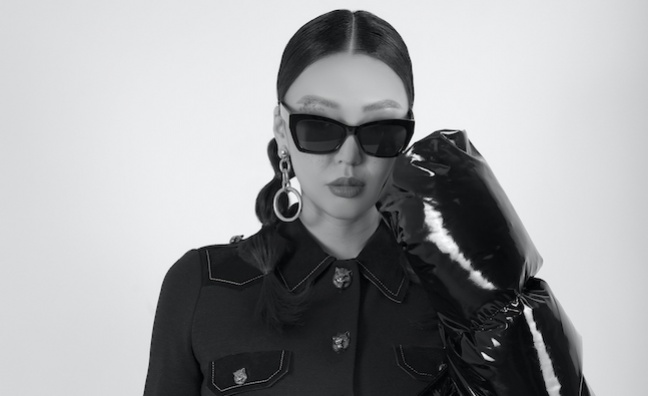 Mongolia has boasted an active and vibrant rap culture for almost two decades. The country has a population of just over three million.

In a statement about the signing of Mrs M, the label said: “She represents a new generation of Mongolian artists: multilingual and multicultural, with music blending traditional Mongolian sounds with modern hip-hop beats.”

Mrs M broke through in 2017 with viral hit Bang, which was released worldwide. She went on to release hits Cash Cash, Goy Te and Sugar Daddy, all of which topped the local music charts.

Mrs M is one of the flagship artists on Asiatic Record’s Asiatic.wav compilation project, a newly launched EP series which highlights Asia’s up-and-coming hip-hop and R&B artists. Her first release with Asiatic Records is Daughter Of Khan, a collaboration with US-based hip-hop super-producer Harry Fraud, who has produced hits for major hip-hop artists including Benny The Butcher, French Montana and Wiz Khalifa.

Mrs M said: “I’m so happy to join Warner Music and release my songs on Asiatic Records. Mongolia has always had a great hip-hop scene. It’s a small country, but I believe our music can connect with a much wider audience. Although Genghis Khan lived over 800 years ago, we Mongolians still wear his legacy with pride and to this date he is a national icon of inspiration and hope for us; hence we are all children of Khan.”

Jonathan Serbin, co-president of Warner Music Asia, said: “We are delighted to announce that Mrs M will be joining the Warner Music family. Asiatic Records was launched to provide a platform for the most exciting Asian hip-hop and R&B artists, and particularly multi-lingual rappers, to help them reach markets throughout the continent and beyond.

“Mrs M epitomises this special breed of musicians with unique voices who have dominated their home markets in Asia and are ready to reach beyond their borders.”