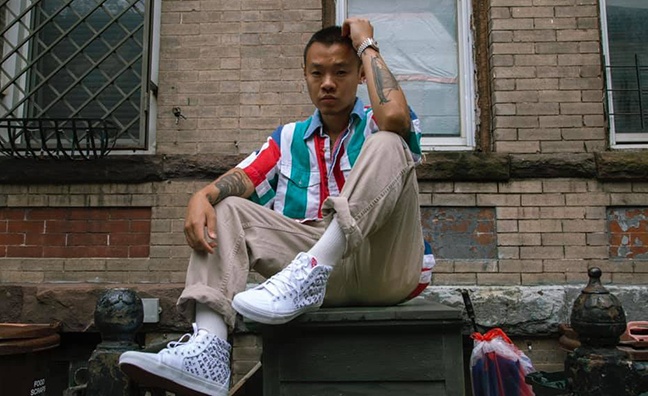 Warner Music China has announced it is expanding its mainland-born hip-hop imprint, Juuice, across the Greater China region.

An official press release stated the strategic move “will see WM China extend its focus on and commitment to the vibrant hip-hop scene within the territory, and will serve to elevate the music of its artists to new heights.”

Juuice is currently home to the lilkes of Ty. and Deng Dian Guo. Further to the label’s expansion, the first flagship artist to join it will be Bohan Phoenix [pictured], an influential Chinese hip-hop megastar and rap pioneer.

Speaking about his signing, Bohan Phoenix said: “I’m thrilled to join Warner Music China and the Juuice family.  They work with some of the greatest talents in the genre, and I’m so excited to become part of the roster.  I can’t wait to continue my work building bridges between East and West through music in the months and years to come.”

Jonathan Serbin, CEO of Greater China for Warner Music Asia, said: “We are very pleased to welcome Bohan Phoenix to the Warner Music family.  He is a true original and boasts one of the most exciting voices of the Chinese diaspora.  He brings to the art his experiences from both the East and the West, capturing the dichotomy of his multi-cultural, bilingual upbringing.  It is a great privilege to be able to work with him as he prepares to launch and showcase his music to the world.

We want to support the best talent throughout Greater China, as well as Chinese-speaking artists from around the world, and raise their profile globally

Turning to the expansion of the label, Serbin added: “We are delighted to announce the expansion of Juuice across Greater China.  Already a force in the mainland, we are now leveraging the resources of our other affiliates, Hong Kong and Taiwan, to fuel Juuice’s ability to promote its roster across a wider network in Asia.  Juuice artists will benefit from Warner Music’s integrated marketing and promotion efforts across the region, enabling them to accelerate their careers by reaching the widest audience possible.”

Simon Robson, president, International, Recorded Music, Warner Music Group, concludes: “Hip-hop and rap is one of the fastest growing segments in the Asian music markets. Juuice is already a respected and credible label in China, now we want to support the best talent throughout Greater China, as well as Chinese-speaking artists from around the world, and raise their profile globally.”

Earlier this year, Warner Music revealed it was aiming to break Anne-Marie in China. The UK star teamed up with fellow Warner act JJ Lin for their collaboration Bedroom, on which she appears as a featured artist. Bedroom is a bonus track on JJ Lin’s current EP Like You Do, the first English-language release from the Singapore-born artist who’s huge in China.