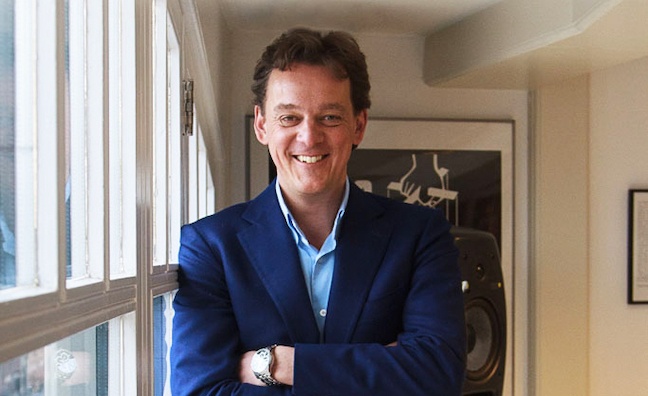 In this new role (effective November 1), he will oversee both Warner Music Benelux and Warner Chappell Music Benelux, whose teams will continue to operate separately to each other. Atlantic launched in Benelux last year.

Walboomers is moving over from Sony Music Publishing, where he was Benelux managing director for the last 12 years.

Walboomers will also work closely with the team at Spinnin’ Records as Warner Music Group finalises plans to move all three teams to a new creative hub in Amsterdam.

Niels Walboomers said: “I’m so excited to be taking up this amazing opportunity. The Benelux is a region that has always punched above its weight in the music industry, a real home for talent as well as a significant global market. It’ll be a privilege to separately serve their incredible rosters of artists and songwriters. I want to broaden the range of talent we work with even further and be super innovative about how we connect them with fans in the Web3 era.”

Guy Moot added: “I’ve known Niels for many years and he’s got an amazing grasp of both the creative and commercial sides of our business. He’s signed and developed so many great songwriters over the years, and has always had a global perspective when it comes to helping build their careers. This type of appointment wouldn’t work in many territories, but the Benelux has a strong tradition of innovative music companies with interests in both publishing and recorded music, so I’m so delighted he’s agreed to join us to take up this unique role.

“I want to thank Arno for his service to our songwriters and the company. He’s made the Netherlands a vital part of our international network and been a passionate advocate for our Belgian and Dutch songwriters over the years. We wish him all the very best for the future.”

Arno Van Berkel said: “It’s been a great honour to run Warner Chappell Music Netherlands, supporting our amazing songwriters and leading our brilliant team. I’ve been lucky enough to have worked with some of the most interesting songwriters in the Netherlands and beyond. But it’s time for me to take up new opportunities and I’ll be sharing more details about them in due course.”

Simon Robson said: “Niels is hugely respected across the music industry in Benelux and beyond. He combines a deep understanding of local music culture, with the energy and proactive mindset of an entrepreneur, and the ability to build great teams and empower them. This is a unique arrangement that’s possible because of Niels’ expertise and I know he’ll build on the strong foundation laid by Martin Jessurun.

“I’d like to use this opportunity to pay tribute to Martin, who has led our recorded music business in Benelux with creativity and flair. He has grown an amazing and diverse roster of artists, made the region a launching pad for a large number of international artists’ European success stories, and built a real family atmosphere within the company. He is a great music man and I know he’s got a number of interesting projects in the pipeline.”

Martin Jessurun said: “I’ve had an incredible time running Warner Music Benelux over the last two decades, but it’s time to move on and take up some fresh challenges. I want to thank all the artists I’ve worked with over the years, my Warner Music colleagues in the Benelux and around the world, and the many business partners we’ve worked with. I particularly want to say thank you to Sir Len Blavatnik, Steve Cooper, Max Lousada and Simon Robson for their support over the years. I’m taking a little time out, but I’m not leaving the music business and I’ll have some exciting news to announce soon.”

Walboomers first made his name in the music industry as an entrepreneur, founding Walboomers Music with his brother in 1996. It started as a music distributor for hip-hop, Latin, reggae and world music, before becoming an independent label and music publisher, and branching out into artist management.

He moved over to join Sony Music Publishing in 2010, being appointed as its Benelux MD. He and his team worked with Eurovision 2019 winner Duncan Laurence, LA-based Grammy-winning producer Tierce “Kizzo” Person, Latin Grammy-winning DJ Chuckie, Edison-winning artists Kovacs and S10, and Dutch producer Serrano “SRNO” Gaddum, among many others.

Walboomers also became a board member of NMUV, the Dutch music publishers’ association, in 2010 and served as chair between 2014 and 2018. He became a board member of BMPA, the Belgian music publishers’ association, in 2014. In addition, he serves as secretary to the supervisory board of Dutch collecting society Buma/Stemra since 2011.