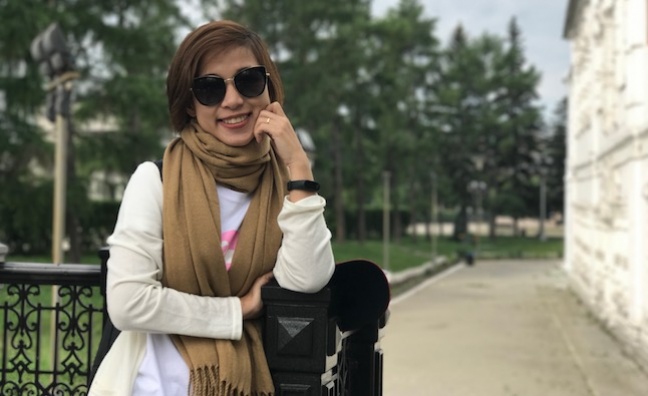 Warner Music has launched a new affiliate in Vietnam.

The major is targeting the emerging market in South East Asia, which has a population of 100 million people. Warner Music Vietnam is based in Ho Chi Minh City and led by MD Lisa Nguyen (pictured).

The company has already signed a number of domestic acts – including Vu and Chillies. Last week, Warner Music Vietnam had four of the top five tracks on Spotify in Vietnam, including two entries for Dua Lipa.

It’s the latest expansion for Warner Recorded Music, which last month announced that it was opening in India. Over the last year it has opened offices in Turkey and Peru, acquired labels such as Monsp in Finland and Forza in Slovakia, and announced a partnership with Chocolate City in Nigeria.

Robson said: “This is a crucial moment in the development of Vietnam’s digital music market and it’s vital that we have a presence on the ground. I’m delighted that Lisa is heading our team as she’s highly respected in the Vietnamese music community, combining impressive marketing and A&R skills with a great understanding of the local music scene. This is a milestone moment in Warner’s strategy of expanding its international footprint in our ever more globalized music market.”

Nguyen added: “It’s an honor to lead Warner Recorded Music’s expansion into Vietnam. We’ve long had a thriving local music scene and a love for global acts, and now we can harness that huge enthusiasm. We’re hitting the ground running and signing some amazing artists, while exposing a new huge audience to our brilliant international acts.”

Nguyen joined VNG Corporation as a senior product development executive in 2012. In 2015, the company appointed her head of Zing Media.