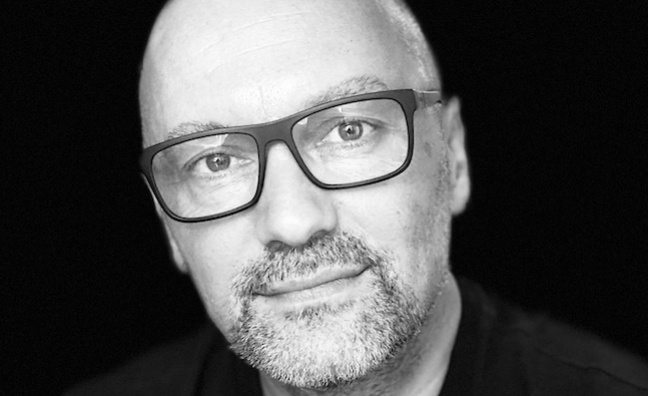 Workman’s new international role will see him coordinate the work of existing local brand partnership teams outside the US, and establish new teams in many of the emerging markets in which Warner Music operates.

Within the last few weeks the team have launched two Gorillaz collaborations with Bose and Smirnoff. The creative arm of the team have also launched a campaign for Clark’s Originals with Liam Gallagher, which was entirely originated and produced within the business and included the release of a limited-edition shoe, which has now sold out.

Bob Workman said: “Enabling artists to connect with sympathetic brands to tell stories and reach new audiences is a key part of what a record company does in the 21st century. We’ve got a strong track record of achieving that in many markets, but we know we can do more to coordinate our efforts internationally and tap opportunities in emerging economies.

“I’m excited to be stepping into this new role and working closely with Maria Weaver and Simon Robson as we scale-up our brand partnerships proposition around the world. And I’m pleased that the amazing brand partnerships team here in the UK will now be able to benefit from being part of the WMX family while still working closely with Tony Harlow and all our incredible British labels.”

Maria Weaver added: “Bob has a brilliant track record in a business that can sometimes be complex and sensitive. He has a real feel for both artists and brands and knows when a project is right for both. We’re keen to get to work expanding our presence in key markets and working with brands wherever they’re headquartered to deliver even more value for our artists.  I’m also delighted the brilliant UK Brand Collaborations team will now be part of our WMX powerhouse.”

Simon Robson, president, international, Recorded Music, Warner Music Group, said: “Brand partnerships are becoming an increasingly important part of our business, as they can provide a valuable additional revenue stream and increased profile for our artists.  We’re looking to strengthen our global network capability to give all our artists around the world the best opportunities. Bob is ideally suited to work with our talented international teams to accelerate this mission.”

Workman began his career in promotions at Island Records before moving to Gut Reaction as head of promotions. He soon became marketing director for the Gut Records label, overseeing the campaign for Tom Jones’ multi-million selling Reload album, as well as launching the new dance music label Gusto.

When Warner Music Group acquired the Parlophone Label Group, Workman expanded his brand partnerships remit with a wider roster of artists at the major.