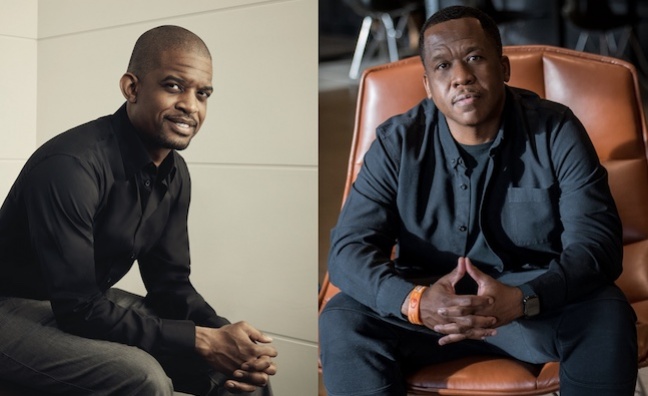 Warner Records has today (February 4) announced the launch of an innovative strategic partnership with BPG Music, founded by Gee Roberson and Jean Nelson.

An official press release stated that BPG Music/Warner Records partnership will focus on “providing a gateway for young black artists and entrepreneurs who are looking for the global reach of a major label while retaining their creative autonomy.”

Alongside their roles as CEOs of BPG Music, Roberson and Nelson will also serve as advisors to Warner Records.

Roberson began his music industry career working with Jay-Z as VP of A&R at Roc-A-Fella Records. He went on to senior label positions as SVP at Atlantic Records and chairman of Geffen Records and is a founding partner of the Maverick management firm. He is also co-CEO of The Blueprint Group management company. He has worked with artists including Kanye West, Lil Wayne, Drake, T.I., Nicki Minaj, G-Eazy, and Lil Nas X.

Nelson started his music career under the tutelage of Sean “Puffy” Combs with whom he brought Craig Mack to the label. He served roles as SVP of A&R at Atlantic Records, head of urban A&R at Geffen Records, and is presently co-CEO of BPG Music. Nelson has played key roles in the careers of Craig Mack, Notorious B.I.G., Lil Kim, T.I. , Nicki Minaj, Rich The Kid, Mary J. Blige, Trippie Redd, and G-Eazy.

Speaking about the partnership in a joint statement, Roberson and Nelson said: “Our goal at BPG/Warner is to discover, mentor, and grow the next generation of musical and cultural innovators and disruptors. We want to use our knowledge and experience to help them navigate the process and take their careers to the next level, while maintaining their creative and business independence. Aaron, Tom, and the outstanding new team at Warner Records are the perfect partners for us to realize BPG’s unconventional vision.”

Our goal is to discover, mentor, and grow the next generation of musical and cultural innovators and disruptors

Warner Records co-chairman & CEO Aaron Bay-Schuck and co-chairman & COO Tom Corson added: “We’re thrilled to be partnering with Gee and Jean on this forward-thinking partnership. They’re bringing their brilliant A&R minds and industry expertise to a unique portal that champions artistic freedom. This fresh business model charts new territory in the relationship between original talent and the major label ecosphere. They’ve already brought us two amazing artists in Erica Banks and David Sabastian, with whom we have very different, specially tailored deals, and we’re looking forward to collaborating on many more exciting projects.”

The BPG/Warner partnership has already brought 1501 Certified Entertainment Dallas rapper Erica Banks to the company. Banks – who was first discovered and signed by 1501 Certified Entertainment CEO and former MLB All-Star Carl Crawford – was looking for a major label partner when Roberson stepped in and connected Carl and J Prince with Warner. This new partnership has also brought rapper, fashion designer, activist, visual artist, and arts educator David Sabastian into the Warner fold.