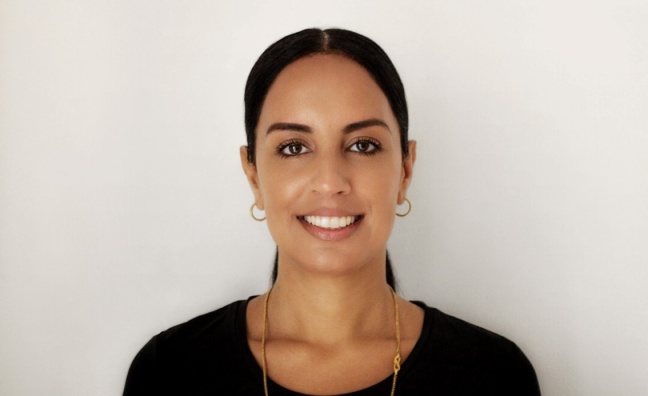 Warner Records UK has announced the appointment of Sukhraj Johal as general manager and the promotion of Jennifer Ivory to SVP.

Johal (pictured), who was most recently GM at Syco Music, will focus on the company’s domestic roster, including Dua Lipa. Griff, JC Stewart, L Devine, Mist and Nines.

Ivory, who joined Warner Music UK in 2009, will oversee the marketing and creative guidance of the label’s stable of rock and alternative artists, including Foals, Biffy Clyro, Liam Gallagher, Muse, and Royal Blood. She will also be responsible for all incoming international acts and releases from Warner Records US.

“Jen has played a pivotal role in the success of our label over the last decade. She’s guided our team as they’ve delivered campaigns that have got people talking and broken some of Britain’s most exciting artists.  She’s one of the most respected execs in the industry and a cornerstone of our label, and I look forward to continuing to work with her to propel our US repertoire and drive our business forward drive in the years ahead.”

Johal began her music industry career in 2006 as a marketing manager at Island Records, where she led campaigns for artists such as Taio Cruz, Tinchy Stryder and Sugababes, before moving to Polydor as senior marketing manager. In 2014, she was named head of marketing at PMR Records, where she managed the label’s brand identity and digital strategy, while driving campaigns for Jamie Woon, Jessie Ware, and Disclosure.

Johal said: “Warner Records is committed to artist development and pushing the cultural dial with the most exciting talent and music. It’s an honour to join Phil, and the incredible team of artists, managers, and executives at the label. Together, we’ll deliver brilliant music, mount dynamic campaigns, and break the best artists.”

Ivory, meanwhile, has been with Warner Music UK for 11 years. In 2014, she was made VP, marketing for Warner Bros Records UK. While GM, Ivory spearheaded campaigns in support of artists such as Dua Lipa, Royal Blood, Liam Gallagher, Foals, and many others. She previously worked at Sanctuary Group for eight years, where she helped start the frontline record label and held the position of VP, marketing.

Ivory added: “Warner Records has the best alternative roster in the land, and I’m particularly delighted to focus on both developing artists and global superstars to redefine what the genre means to youth and mainstream culture in the streaming age. In addition, I look forward to working more closely with our fantastic colleagues at Warner Records US to champion the growth of their multi-genre artists, including NLE Choppa, Omar Apollo, Ali Gatie, and Sub Urban.”

The label also promoted head of digital Sebastian Simone to director of audience with immediate effect, while Alex Burford, head of marketing, is leaving the company later this month.

Christie added: “I would like to thank Alex for his commitment over the last 10 years at the label. He leaves on a high, having delivered a fantastic Dua Lipa campaign. We wish him all the best.”