'We are aiming for the stars with this record': Virgin EMI boss Ted Cockle talks up Bastille's Doom Days 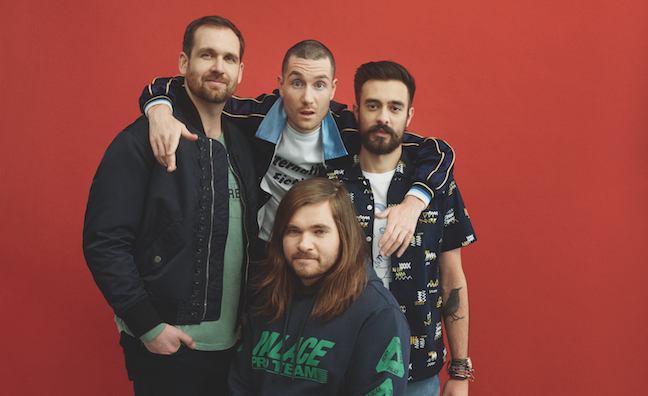 Virgin EMI president Ted Cockle has told Music Week the label is "aiming for the stars" with the new Bastille album Doom Days.

Out today (June 14), the band's third studio LP, Doom Days is their first since 2016's Wild World (201,397 sales, OCC). A concept album tracking the course of one night, it has been previewed by four singles: Quarter Past Midnight, Joy, Those Nights and the title track.

To coincide with its release, the band are hosting an immersive theatre experience by playwright Charlotte Bogard Macleod, entitled Still Avoiding Tomorrow, for fans at Studio 9294 in Hackney tonight.

"We will certainly be aiming for the stars with the release of this record," said Cockle. “We call [Bastille] the act that straddles everything. They’re a bit fucking confusing because you think they’re an indie band and yet when you actually listen to them, sonically, there’s nothing traditionally indie about them. We can all be guilty of forgetting the global success they’ve had because they seem so British in so many ways.

"It’s quite difficult to put them alongside anybody in particular and so Dan [Smith, frontman] arrives in the studio as quite a neutral force. He is a song craftsman without being in a particular corner, so the possibilities are endless."

Bastille rose to fame in 2013 with their 3x platinum debut Bad Blood, which has sold 959,114 copies in the UK according to Official Charts Company data, while Smith has enjoyed international success in recent months with his Marshmello collaboration Happier, which reached No.2 on both sides of the Atlantic.

The band will support Doom Days release with a run of nine “apocalyptic party” club nights in towns such as Grimsby, Llandudno and Torquay later this year. After warming fans up with DJ sets they will take them through the narrative of the album, which they will play live from start to finish.

"It takes a while for us all to play catch-up with Dan Smith's head," laughed Cockle. "Dan's brain is a very active place and the album sums up a lot of what's going on. There are multiple songs with multiple layers telling multiple tales on a campaign that is rolled out throughout the world."